It was an especially special delivery.

An OBGYN in Puerto Rico is recalling how she delivered a miracle baby as Hurricane Fiona slammed into the island early last week.

Residents in Ponce were ordered to hunker down in their homes as Fiona made landfall last Sunday — but Dr. Zaskia Rodriguez received a phone call from a heavily pregnant patient who was going into labor.

With no other choice, the doctor made a desperate dash to her nearby clinic, driving through torrential rain and “terrifying” 85 mph winds to help bring the baby into the world.

“It was a worrisome experience,” Rodriguez told The Post Thursday, saying power went out across Puerto Rico, leaving the hospital relying on a generator to get through the five-hour labor.

Despite the harrowing hurricane, the awe-inspiring OBGYN overcame the elements and was able to successfully deliver the healthy baby girl.

“It was a great feeling,” the dedicated doctor modestly stated — before adding that the birth was the least of the new parents’ problems.

Rodriguez — who didn’t disclose the name of the newborn — said the new parents had to take their newborn back home, which was without running water and electricity.

“The first few days after the hurricane were hard for our patients because the basic needs for their homes are not available,” she stated.

The OBGYN further claimed that “half” of her patients’ homes still don’t have power, prompting concern for the babies she has recently delivered.

Meanwhile, Rodriguez’s own clinic — which was severely flooded during Hurricane Maria in 2017 — was also left without running water for several days.

However, the service has since been restored and she is continuing to deliver babies despite fatigue from Hurricane Fiona.

“I can say I am exhausted but we have raised from worse things in the past,” she said. “We Puerto Ricans are resilient people that never quit.”

Some 70% of 1.5 million customers were without power across the island three days after the hurricane, while some 40% of customers, or more than half a million, did not have water service.

The Federal Emergency Management Agency has sent hundreds of additional personnel to help local officials as the federal government approved a major disaster declaration and announced a public health emergency on the island.

Puerto Rico is still trying to recover from a series of strong earthquakes in recent years, as well as from Hurricane Maria, which decimated the island in 2017, causing almost 3,000 fatalities and more than $90 billion in damage. 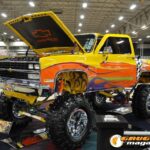 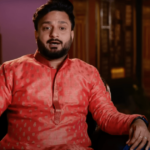 Sumit Singh Net Worth, How He Makes Money