Do the stars of Sister Wives owe money on their Coyote Pass property? Kody Brown purchased the land in 2018 for $820,000 with the intention of splitting the property in five parcels for him, his four wives and their children. Nearly five years later, the Brown family has yet to start building their new houses on the land. ​Keep scrolling to find out ​why there are delays in their building plans and how much they owe on Coyote Pass .

According to property tax records obtained by In Touch, Kody and his fourth wife, Robyn Brown, owe $6,711.77 ​in total for the year 2022 for four of the ​six parcels on the Flagstaff, Arizona, property.

The couple – who legally tied the knot in 2014 – has already paid off half of the property taxes for three of the parcels. The payments for those parcels are not counted as late or delinquent until June 2023.

Meanwhile, one parcel they own is currently delinquent because no taxes ​were paid on the property in 2022. The portion of the land — which they owe $2351.62 for — is currently accruing interest and is considered late.

During an October 2022 episode of Sister Wives, Meri Brown explained that they haven’t started building on the property yet because “it has to be paid off.”

“Honestly, the property is the furthest thing from my mind,” she added. “There’s a lot of family stuff that needs to be worked out.”.

What Does the Family Plan To ​Build on Coyote Pass?

After purchasing the land in 2018, Kody originally planned to live in one large house with all of his wives and his 18 children. However, Robyn, Meri, Christine Brown and Janelle Brown quickly shot down the idea.

The Brown patriarch ultimately agreed to build four separate homes on the property, though the plans were placed on hold amid the COVID-19 pandemic. The building process was also delayed when it took longer than expected to sell the family’s four homes in Las Vegas, Nevada. On season 17, he revealed he hoped to build five different houses: one for each wife and one for him and family gatherings.

Has the Brown Family Lived on Coyote Pass?

It seems that none of the Brown family members currently live on the property as of January 2023.

Janelle previously resided in an RV parked on the land in June 2021. “So I have something fun to share. I acted boldly and seized an adventure,” she explained via Instagram at the time. “Lots to do out here on the land so I figured why not be onsite. Honestly I’m alternating between extreme excitement as I’ve always wanted to try this and anxiety at all the unknown variables.”

However, the mother of six announced she moved off of Coyote Pass in November 2021.

It’s not currently clear what Kody plans to do with the property, as Robyn remains his only wife.

Christine announced she left the businessman in November 2021, while In Touch broke the news that Janelle split from Kody in December 2022. Later that month, Meri confirmed that Kody had ended their marriage during the Sister Wives: One on One tell-all. 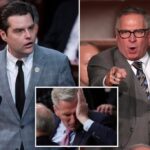 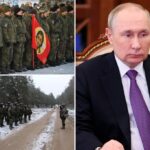 Russia may call up another 500K troops: Ukraine official