Opening up. TikTok star Dixie D’Amelio got candid about being diagnosed with premenstrual dysphoric disorder (PMDD) during an Instagram livestream, which was reposted to TikTok in October 2022. Keep reading to find out everything to know about Dixie’s PMDD diagnosis, including some of the common symptoms, how it’s affected her and more.

What Is Premenstrual Dysphoric Disorder (PMDD)?

Premenstrual dysphoric disorder is a “severe, sometimes disabling extension of premenstrual syndrome (PMS)” that can cause extreme shifts in mood, disrupt one’s daily life and damage relationships, according to Mayo Clinic.

What’s the Difference Between PMDD and PMS?

While symptoms of PMDD and PMS both begin typically 7-10 days before one’s menstrual cycle and continue through the first few days of the cycle, one of the main differences between the two is the extreme emotional and behavioral symptoms that come with PMDD.

What Are the Main Symptoms of PMDD?

Some of the main symptoms of PMDD include sadness or hopelessness, anxiety, tension, extreme moodiness, irritability and/or anger, according to Mayo Clinic. Additionally, those who live with PMDD can experience severe fatigue, difficulty concentrating, poor self-image, feeling out of control, depression, insomnia and paranoia, per Johns Hopkins Medicine.

When Did Dixie D’Amelio Get Diagnosed with PMDD?

While it is unclear the exact date of Dixie’s PMDD diagnosis, the “Roommates” singer opened up about it during an Instagram livestream in October 2022, sharing her experience with the disorder and how it has affected her over the years.

“I kind of took a break from social media the past two weeks. I wasn’t feeling great and not really sure why,” the Hulu star said, noting that PMDD affects “many different parts” of her life. “I didn’t realize how much it was affecting me until I got to this point I was in last week. But it really disrupts my life and my attitude and my personality and my relationships and just who I am as a person. And it’s very obvious to see in these next couple episodes of the show.”

“I have never been so low and just down. And having no idea what was wrong with me was very alarming,” she continued, adding that the symptoms she’s experienced have taken a toll on her mental health. “I just felt like I had no control over my body or mind, and I had no idea what was wrong, but it would turn on and off like a light switch.”

The D’Amelio Show star went on to tell her followers that she’s “feeling better now,” but “will probably be going through the same thing next month and the month after that.”

Is There a Cure for PMDD?

While there is no cure for PMDD, there are ways to help treat symptoms, including exercise, changes in diet (decrease sugar, salt, caffeine and alcohol), stress management, birth control pills and more, according to Johns Hopkins Medicine. 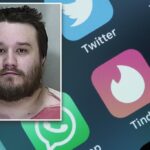 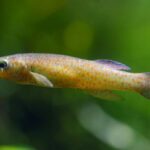 Tiny Tennessee fish protected, but US has yet to say where