The cops’ search of the Landwehr Canal comes about a week after German authorities announced they had recovered the majority of jewels stolen in the infamous $120 million heist at the German former royal palace Residenzschloss.

A total of 31 pieces — including a breast star of the Polish Order of the White Eagle and an ornate diamond head-dress — were recently recovered by investigators in Berlin, authorities said Dec. 17 without elaborating.

The items were found after talks with the lawyers of the six men who are currently on trial in the sensational heist, the BBC reported.

Police in the state of Saxony said their most recent investigation involving the dive teams would likely “take some time,” Bloomberg News reported.

Saxony, where Dresden is the capital, had no insurance on the prized jewels in its famed “Green Vault,” which got its name from the malachite-green paint used to decorate some of its rooms.

State officials said it was standard practice not to have such insurance, as the price of premiums over time tends to exceed potential losses.

Prosecutors believe that the thieves in the 2019 heist were expert crooks, sawing through part of a window grating in advance to gain entry and taking about 10 minutes to pull off the crime before escaping.

The recovered pieces will be examined by specialists to “confirm their authenticity and intactness,” authorities said.

Among the pieces still missing is an epaulette on which a precious stone known as the Dresden White Diamond was mounted.

The robbery was one of a number of heists carried out at German museums in recent years. 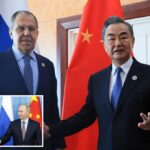 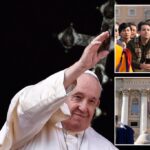