BOULDER CITY, Nev. – Low water levels at the country’s largest reservoir continue to allow for discoveries of human remains, with the sixth year of the year happening at the Lake Mead National Recreation Area.

The National Park Service said a diver initially found a bone in Callville Bay on October 17, and the next day, a more exhaustive search was conducted, which found more skeletal remains.

The remains have been handed over to the Clark County Coroner’s Office, which will be tasked with determining the deceased’s identity.

The office is investigating at least five other cases of human remains found in or around the lake since May.

So far, only one set of human remains has been positively identified through the use of DNA analysis.

The NPS said bones found on May 7 are believed to belong to Thomas Erndt, a 42-year-old man who reportedly drowned on August 2, 2002.

Rangers said they received a report in 2002 of a man struggling to swim without a life jacket near Callville Bay, and he was never spotted again.

So far, investigators have not linked the cases and caution that they do not know how many people the six sets of remains belong to.

What is the current water level on Lake Mead?

A megadrought and an increase in water consumption from Lake Mead have caused levels to drop to around an 80-year low.

Since reaching a low of around 1,040 feet in mid-July, levels have gradually ticked up to 1,046 feet due in part to a significant monsoon season.

The increased rains provided some relief along the basin and waterways that lead into the Colorado River system, which feeds the vital lake.

Despite the apparent good news, the National Oceanic and Atmospheric Administration estimates only about 10 percent of the water in Lake Mead comes from rain and groundwater, meaning that chances of a significant recovery are likely over for the year with the ending of the monsoon.

Experts said the vast majority of the lake’s water comes from melting snowpack in the Rockies.

If the downward trend resumes and the lake reaches 895 feet, experts said the waterway would be considered a dead pool and stop flowing through the Hoover Dam.

The dam generates electricity for more than 1.3 million residents who live in Nevada, Arizona, and California.

The first discovery of human remains happened in May, not far from the Hoover Dam, in an area called Hemenway Harbor.

Police said the remains were found in a barrel that was exposed to low water levels and likely belonged to a homicide victim from the 1970s.

So far, an identity has not been released, and investigators continue to use DNA technology to positively identify the individual.

Around a week later, on May 7, a second set of human remains were found at Callville Bay. The area is about a 30-minute drive north of Hemenway Harbor.

Police have not linked the discovery to a homicide case and believe Erndt accidentally drowned.

Over the summer, what are believed to be three sets of remains were discovered in an area known as Swim Beach. Authorities have not ruled out the remains belonging to one person but were treating the investigation as three separate cases.

The most recent discovery was found in the same general area as the May 7 human remains, near a marina and camping resort.

How Much the Model Makes 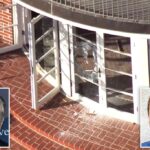