Disgraced crypto king Sam Bankman-Fried was arrested by authorities in the Bahamas Monday night after criminal charges were filed by US prosecutors.

The 30-year-old was taken into custody after the Bahamian government received formal notification from the US of the charges against him, according to the Office of Attorney General in the Bahamas.

Damian Williams, the U.S. Attorney for the Southern District of New York, confirmed Bankman-Fried’s arrest and said the indictment would be unsealed Tuesday.

“Earlier this evening, Bahamian authorities arrested Samuel Bankman-Fried at the request of the U.S. Government, based on a sealed indictment filed by the SDNY,” Williams tweeted. “We expect to move to unseal the indictment in the morning and will have more to say at that time.”

The shaggy-haired former billionaire has been under investigation by the Justice Department ever since FTX — which had been among the world’s largest cryptocurrency exchanges — imploded and filed for bankruptcy protection on Nov. 11.

Federal prosecutors have reportedly been scrutinizing how FTX handled customer funds and the alleged transfer of hundreds of millions of dollars from the US to the Bahamas around the time of the bankruptcy filing.

They were also said to be probing whether Bankman-Fried manipulated crypto markets by orchestrating trades that led to the collapse of the TerraUSD cryptocurrency earlier this year.

Separate from the indictment, the Securities and Exchange Commission – which had also opened a probe — said Monday the regulator had authorized charges related to Bankman-Fried’s alleged violation of securities laws.

A SEC official said in a statement that the charges would be filed publicly in the Southern District of New York on Tuesday.

Bankman-Fried, who resigned as FTX’s CEO the day of the bankruptcy filing, has repeatedly denied personal responsibility for the platform’s collapse and distanced himself from fraud accusations, insisting he “didn’t ever try to commit fraud.”

News of his arrest came one day before US lawmakers were scheduled to grill Bankman-Fried over FTX’s disastrous collapse on Capitol Hill in Washington DC on Tuesday.

Hours before he was nabbed, Bankman-Fried had said he would be testifying remotely before the House Financial Services Committee because he was “quite overbooked” and had security concerns about traveling to DC.

The Bahamian government attorney general’s office said Monday they expected to aid in Bankman-Fried’s extradition to the US.

It wasn’t immediately clear how quickly that would occur.

“The Bahamas and the United States have a shared interest in holding accountable all individuals associated with FTX who may have betrayed the public trust and broken the law,” Bahamian Prime Minister Philip Davis said in the wake of his arrest.

“While the United States is pursuing criminal charges against SBF individually, The Bahamas will continue its own regulatory and criminal investigations into the collapse of FTX, with the continued cooperation of its law enforcement and regulatory partners in the United States and elsewhere.” 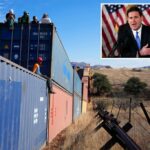 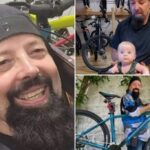