Did Travis Scott and Kylie Jenner split? Fans think the Kardashians star and the “Goosebumps” rapper called it quits on their romance after spotting multiple breakup clues at the end of 2022.

Keep reading to find out whether Kylie and Travis broke up.

In December 2022, fans noticed that Travis didn’t appear at the Kardashian-Jenner annual Christmas party. By the new year, breakup rumors continued to swirl.

Celebrity gossip Instagram account @deuxmoi shared a screenshot via its Instagram Stories in early January 2023 of a message from a person who claimed the couple were “def OFF.” A Reddit user reshared the snap shortly afterward. While the claim didn’t note Kylie nor Travis’ names, it referred to them by their respective careers.

“This a/b list rapper and his on-off makeup mogul [girlfriend] and mother of his two children are [definitely] OFF and not together anymore,” the message read. “They last celebrated Thanksgiving together as a [family], but since then, it’s just been her and the two little ones spending Christmas and NYE together while the a’b list rapper goes off doing his own thing. It’s been [their] routine since she first gave birth to their first child, but the rumors of him cheating [definitely] set her off the edge, and they haven’t been the same since.”

Several fans weighed in on the claim under the Reddit post, with one expressing that they weren’t surprised at the allegation.

“Yes, but this is, like, common knowledge for anyone even remotely paying attention. No tea. It’s obvious he hasn’t been around,” the user wrote.

Kylie and Travis have not publicly addressed the rumors as of publication.

In October 2022, the “Sicko Mode” artist became the subject of cheating rumors when a woman named Rojean Kar, who claimed that he pursued her on Valentine’s Day 2022 and asked her to “come back” to him. However, Travis denied the accusations.

The following month, Kylie and Travis were seen enjoying a date night in Malibu. However, this was the last time the pair were spotted together.

In October 2022, Rojean shared a video from the set of one of Travis’ music videos via her Instagram Stories, which she captioned, “I’m directing, obvi” with a wink emoji. A screenshot of the clip was shared by The Shade Room via Instagram.

As a result, fans took the video as a sign that the two were dating. However, the Houston native quickly shut down the speculation in a statement that he shared via his respective Instagram Stories.

“It’s a lot of weird s–t going on,” Travis wrote. “An uninvited person was sneaking photos on what was supposed to be a closed set while I was directing a video. I’m saying this for the last time, I don’t know this person, I’ve never been with this person. So please stop with the continuous cyber games and the fictional storytelling.”

She also claimed that on Valentine’s Day 2022, he told others he wanted Rojean to “come back” to him. Nevertheless, Travis clapped back at her accusation by sharing a photo of his and Kylie’s Valentine’s Day plans at the time.

“If [you] wasn’t at his table on V day, then you wasn’t with me [sic],” he wrote over a photo of a dinner table with several rolling eyes emojis.

Why Did Kylie Jenner and Travis Scott Break Up the First Time?

The couple have had an off-again, on-again relationship since they began dating in 2017 after meeting at the Coachella festival in April of that year. In October 2019, the Keeping Up With the Kardashians alum confirmed they were taking a break from their relationship.

“Travis and I are on great terms, and our main focus right now is Stormi. Our friendship and our daughter is priority,” she tweeted at the time.

The two didn’t publicly confirm when they reunited, as they rarely shared photos of one another via social media. However, it appeared they rekindled their love sometime in 2021.

How Many Kids Do Kylie Jenner and Travis Scott Have?

In February 2018, Kylie and Travis welcomed their first child, daughter Stormi. Three years later, the couple welcomed baby No. 2, a son whose new name has yet to be revealed, in February 2022. At the time, Kylie noted they named their second child Wolf Webster, but she later announced that they had decided to pick a different name for him. 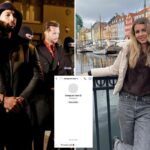 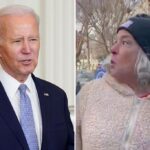