Nobody had this on their 2022 Bingo card! After Drake rapped about tennis icon Serena Williams’ husband, Alexis Ohanian, on his latest album Her Loss, fans were begging to know if the two ever dated. Keep scrolling for details on Drake and Serena’s relationship history.

Did Serena Williams and Drake Date?

The 23-time Grand Slam winner was first rumored to be dating the “One Dance” rapper after being spotted getting cozy while out to dinner in Cincinnati, Ohio, in August 2015. Drake has been public about his affinity for the G.O.A.T as he’s been seen sitting courtside at her tennis matches since 2011.

“I cannot wait to put it on you and make you sweat … during our match this weekend,” the Toronto native flirtatiously tweeted in August 2011.

“I’m with my whole set, tennis matches at the crib / I swear I could beat Serena when she playin’ with her left,” the Degrassi The Next Generation alum sang.

While the California native moved on with Reddit cofounder Alexis Ohanian, Drake has continued to support her career and even attended her Wimbledon match in 2018.

Drake Dissed Serena’s Husband in ‘Middle of the Ocean’

In November 2022, Drake released his album Her Loss with fellow rapper 21 Savage. On the album’s track “Middle of the Ocean,” the “God’s Plan” rapper not-so-subtle throws shade at the internet entrepreneur.

“Sidebar, Serena, your husband a groupie / He claim we don’t got a problem but / No, boo, it is like you comin’ for sushi,” Drake raps in his latest diss track.

Hours after Drake dropped his album, Alexis took to Twitter to seemingly respond to the rapper’s remarks.

“The reason I stay winning is because I’m relentless about being the absolute best at whatever I do — including being the best groupie for my wife & daughter,” the tech mogul shared. “It’s cliche, but life changed when I became a husband + papa. It’s made me 100x better as a man and a businessman. In [Serena Williams] I found a partner I knew I would never outgrow, who would always motivate me to be Greater.” 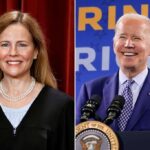 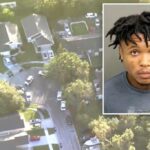