Post Malone  (real name: Austin Richard Post) canceled his latest Boston concert amid his current Twelve Carat Tour one week after experiencing a dramatic onstage fall. He subsequently announced his hospitalization as a result from the injury, citing a “stabbing pain.” So, fans are concerned and wondering how the “Rockstar” rapper is holding up.

Keep reading to get an update on Post Malone’s health and his tour status.

While performing on September 17 at the Enterprise Center in St. Louis, Malone suffered a sudden fall on stage, reportedly bruising his ribs as a result. Although he paused the show for medical professionals to examine his injury, Malone continued to perform several more songs.

The following day, the “Better Now” artist addressed the incident in a Twitter video, explaining how there was a “big ass hole” during the set, which caused him to fall through.

“We just got back from the hospital, and everything’s good,” he noted on September 18.

Three days later, Malone posted a cheeky image via Instagram of him flipping off the hole that was near him on the stage.

“F U, hole,” he captioned the snapshot.

On September 24, Malone announced he was hospitalized prior to his scheduled Boston performance.

“Boston, I love y’all so f—king much,” he began in a statement he shared via Twitter. “On tour, I usually wake up [at] around 4 o’clock p.m., and today, I woke up to a cracking sound on the right side of my body. I felt so good last night, but today, it felt so different than it has before.”

He continued, “I’m having a very difficult time breathing, and there’s, like, a stabbing pain whenever I breathe or move. We’re in the hospital now, but with this pain, I can’t do the show tonight. I’m so f—king sorry.”

After he described the newfound pain he was feeling, Malone reassured fans that he was planning a new concert date to repay them, noting that he felt “terrible” for canceling the show.

“Everyone’s tickets for tonight’s show will be valid for the reschedule we’re planning right now,” he added. “Once again, I’m so f—king sorry. I love y’all so much. I feel terrible, but I promise I’m going to make this up to you. I love you, Boston. I’ll see you soon.”

Malone has not publicly addressed whether the rest of his tour will be affected. He is currently scheduled to perform in Cleveland on September 27. 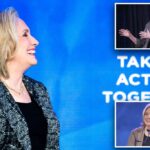 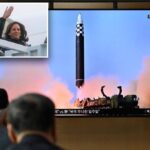