Sister Wives star Meri Brown has been labeled an “abrasive” parent after Christine Brown’s son, Paedon Brown, reflected on his childhood during an appearance on YouTube Live with John Yates on January 11, 2023. Throughout their polygamous marriage, Meri, Christine, Janelle Brown and Robyn Brown considered themselves mothers to all of Kody Brown’s 18 children. The shocking allegations come just one month after news broke that Meri and Kody ended their marriage of 32 years. Keep reading to find out what Paedon had to say about Meri’s behavior.

Although Paedon did not explicitly say Meri abused him and his siblings, he claimed Meri was more than “mean” to the children.

“Abrasive and kind of mean are not strong enough words, they are not aggressive enough words,” Paedon said during the January 11, 2023 interview. “Meri was not nice … Abrasive is not enough of a word to explain what Meri was to a few of us children specifically.”

When asked if the “abrasive” behavior “moved past verbal,” Paedon claimed, “It moves so far past verbal. Verbal basically stopped existing.”

He did not go into further detail about his claims “out of respect” for his mother, Christine.

Reps for Meri did not immediately respond to In Touch’s request for comment.

While Paedon was coy with his accusations against Meri, Janelle’s daughter Maddie Brown seemingly slammed the reality star for being “abusive” and a “monster” in since-deleted Twitter posts.

“There is nothing like dealing with an abusive human your whole life and finally having the freedom to not have anything to do with her,” Maddie tweeted in January 2019.

Maddie later tweeted that she was “scared” of someone for her “whole life” who “plays like the one” who’s “hurting.”

The tweets – which Paedon confirmed were about Meri – were in response to Meri’s public post at the time, claiming that Maddie wasn’t performing to her best ability when she helped work for Meri’s LulaRoe business.

What Have the Other ’Sister Wives’ Stars Said About Meri’s Parenting?

During the YouTube Live, Paedon revealed his father’s fourth wife Robyn pointed out Meri’s alleged “abusive” and unfair treatment of the kids to the family patriarch.

He even praised Robyn for opening “several eyes” within the polygamist family and added that he will forever be “grateful” for her.

Other Sister Wives stars have shared their disapproval of Meri’s parenting style in the past. In a 2011 episode, the family traveled to Big Bear Lake, California, for a camping trip. In the episode, Robyn’s daughter Breanna told her that Paedon poked her in the eye.

Meri went on to discipline all the children in public and asked the other moms to back her up while she did so. During the season reunion, Christine revealed she thought Meri’s “timing was off” when talking to the kids, noting that she didn’t think any of the other children were involved in the poking incident. However, Kody was furious with the kids, claiming he would have taken them back to the campsite if Meri didn’t intervene.

Who Are Meri Brown’s Kids?

The TLC star shares child Leon Brown with her ex-husband. Leon revealed they are transgender in June 2022, five years after coming out as homosexual.

“Being queer & trans are definitely some of my favorite parts of myself. Yet, there are so many things that I am learning to love about myself through this process,” Leon wrote via Instagram at the time. “Here’s to me getting to know myself, share myself, and continually evolve to be the person I am, to be my favorite self in all contexts.”

In total, Kody has 18 children. 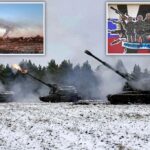 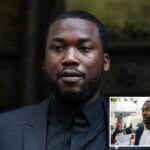