Making changes. Sister Wives star Christine Brown announced her split from her husband of nearly 30 years, Kody Brown, and had her eyes set on a fresh start in Utah. So did a newly single Christine make the move? Find out what we know.

Why Did Christine Want to Move Back to Utah?

After a family trip brought up some feelings in season 15, Christine told her loved ones on the show that she felt nostalgic about the good times they shared in their former abode because she wasn’t entirely content with their life in Arizona.

“When we were there, you guys all talked about [how] Utah was home, and the mountains were home, and family was there,” the TLC personality said during an episode in April 2021. “So, I thought that you felt the same.”

Christine’s heart-to-heart conversation about Utah ended with her confession about the relationship woes she was having with Kody. “Meri, I can’t do marriage with Kody anymore,” she declared. “I don’t want to … It’s not enough.”

“I agreed to move to Flagstaff, and I followed Kody here, but it’s been a struggle the whole time,” the mom of six added in a confessional. “I’m tired of feeling like I don’t matter, I’m tired of not having his support when I really need it. I’m just tired. I need a partnership. I need something different than this.”

When Did Christine Move Away From Arizona?

In Touch confirmed that Christine is living in a Utah-based duplex in October 2021. She listed her new address in the city of Murray on the mortgage deed of her former Arizona house, and it appears she is renting the duplex for the time being.

It’s unknown exactly when the Becoming Sister Wives: The Story of an Unconventional Marriage author relocated, however, she did share photos from a reunion with her kids at Oktoberfest in Snowbird a month prior.

When fans were first introduced to the reality TV brood in 2010, the Browns resided in Lehi, Utah. They later relocated to Las Vegas, Nevada, where they lived for years before deciding to uproot again to move to Flagstaff, Arizona.

Kody and his wives still have plans to build on their new Coyote Pass land in the near future. However, the family revealed that no building plans could be made until the property was fully paid off. Janelle was the first of the family to move into an RV on the property in June 2021, but she has since traveled back into town to stay warmer for the winter.

In November 2021, Christine took to Instagram to reveal her breakup from Kody after 27 years of spiritual marriage. “After more than 25 years together, Kody and I have grown apart and I have made the difficult decision to leave,” she wrote in a statement via Instagram. “We will continue to be a strong presence in each other’s lives as we parent our beautiful children and support our wonderful family. At this time, we ask for your grace and kindness as we navigate through this stage within our family. With Love, Christine Brown.”

Kody, for his part, also shared his own statement about his split from Christine. “Christine’s decision to leave comes with a great deal of sadness,” his Instagram post read. “We enjoyed many years together and I have a large amount of respect and admiration for her. Although we are moving forward on different paths, we will always remain committed parents.”

Christine Sells Her Home In Season 17

Following the announcement of Christine and Kody’s split, the Cooking With Just Christine star had her eyes set on a Utah move.

According to property records obtained by In Touch, Christine sold her portion of Coyote Pass, valued at $213,420, to Kody and his fourth and legal wife, Robyn Brown, for $10 in July 2022.

During season 17, the former couple butted heads on how her departure from Arizona would play out as Kody wanted to use the money from the sale of Christine’s house to pay off Coyote Pass and start building.

“If I’m going to sell my house, I’m gonna keep the proceeds from selling my house,” Christine told producers in a confessional during an October 2022 episode. “And put it towards the next house that I purchase. So if I sell, I’m not gonna put that money into Coyote Pass. That ship has sailed for me … I’ve been making every payment on this house … So, no. I won’t be giving him any of the money from the sale.”

Meanwhile, Kody held a different view, that the home is “our house.”

“The family actually bought this house,” the father of 18 contested privately in an interview. “It’s not your house … it’s our house.” 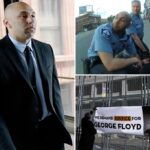 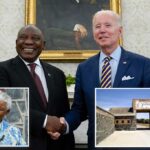