Trouble in paradise? Charli D’Amelio shut down rumors she cheated on her boyfriend, Landon Barker. Keep scrolling to find out how the speculation began, Charli’s response and more.

Rumors began to circulate that Charli, 18, cheated on Landon, 19, after photos of the TikTok star cozying up to a man identified as Alex Novian went viral on social media.

In the photos shared by TeaTokTalk on Monday, December 12, Charli was seen chatting with Alex while attending a party hosted by Seth MacFarlane.

The pair stood close to each other, with Charli seemingly showing Alex something on her phone during the conversation.

Hours later, the Instagram account shared more photos of Charli and Alex at the party. In one snapshot, Alex wrapped his arms around the Hulu star’s waist as she donned a big smile.

Reps for Charli and Landon did not immediately respond to In Touch‘s request for comment.

How Did Charli D’Amelio Respond to Rumors That She Cheated on Landon Barker?

Soon after the photos started circulating online, Charli took to the comments section of the original post to deny implications that she cheated on Landon.

“I’m just standing next to someone calm down,” she wrote in response to the photos.

Landon has not yet publicly commented on the rumors. However, eagle-eyed fans pointed out he seemingly unpinned Charli from his TikToks.

How Long Have Charli D’Amelio and Landon Barker Been Dating?

Charli and Landon first sparked romance rumors in June 2022 when they were seen leaving his concert together.

Shortly after they were first spotted together, a source told J-14 that the pair were “in the early stages of dating” and were “enjoying getting to know each other.”

The duo later went Instagram official in July when Charli shared a picture of the pair kissing via her Instagram Stories.

Since confirming their relationship, Charli and Landon haven’t shied away from gushing about each other on social media and participating in PDA during several outings.

In November, Travis Barker’s son congratulated Charli after she won season 31 on Dancing With the Stars. “So proud of you!!! You’re a star,” Landon wrote alongside photos of the couple posing with the mirrorball trophy.

Meanwhile, Charli shared a handful of photos of the couple while celebrating Landon’s birthday in October. “Happy 19th landlord!,” she wrote, with Landon replying, “Love you!” 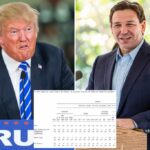 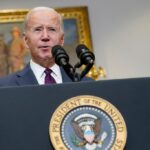