Below Deck season 10 stew Camille Lamb claims there was more to her firing than drinking champagne when she should have been on the job cleaning guest cabins. She alleges that producers encouraged her to drink during a confessional then sent her back to work aboard the St. David, where she was soon let go by Captain Sandy Yawn.

“I’m not going to allow this narrative to be the narrative,” the Mississippi native began in a series of Instagram Stories following her January 16 termination episode airing. She noted that they were on a “turn over” day, where the crew cleans and readies the yacht ahead of the charter guest arrivals the following day.

“That turn over day everyone is drinking. That day is designed to appear as if we are working all day. Which we are doing some things but also one by one being taken off the boat for hours to do interviews, ‘confessionals’ as they call them. Where they offer you drinks or better yet ‘truth serum,’” she explained.

Camille claimed she was “already sauced” from her confessionals when she returned to the boat, where she finished her remaining duties and popped a bottle of expensive champagne that was reserved for guests.

Chief stew Fraser Olender came upon Camille holding a glass poured to the rim with bubbly and scolded her for drinking on the job. While she claimed she was done for the day, he went into her cabins and found much of her work was unfinished.

“Seeing Camille come out with a pint-sized glass of champagne, it just goes to show that there truly is no care or willingness to do the job,” he said in a confessional.

“Did I miss some things in the cabins, yes. I could have been more thorough in my drunken state, yes,” Camille admitted in her Instagram Stories, though she added that some of the photos shown in the episode of messy rooms were ones that she wasn’t responsible for.

Camille had already been told by Captain Sandy ahead of the prior charter that she had that one trip to turn things around or she would be fired. The blonde beauty had been clashing nonstop with second stew Alissa Humber for not following directions and was accused of not taking her job seriously by several crew mates. Camille started the season as a combination deck/stew, but bosun Ross McHarg was happy when she was relieved of deck duties and given solely to the interior team.

Chef Rachel Hargrove complained to Fraser about Camille’s lack of teamwork during a guest beach outing on a previous charter, and also alerted him to her being drunk on turn over day. “She’s been drinking pretty much all day. At least get your s—t done if you’re going to be f—king cocked!” Rachel told Fraser.

Camille eventually took her glass of champagne and ended up sitting on the dock with the deck crew, who had completed their tasks for the day. She claimed she was asked to join them by a show producer. “When I was on the dock, a producer asked me to go talk to [deckhand] Katie [Glaser] on the dock about our crew night out. Then Fraser called me out about clocking off early. Not saying it was a set up, but it felt like it,” she wrote.

Ultimately, Fraser finally decided he gave Camille enough chances to change her ways, and her drinking on the job proved to be his tipping point. He went to Captain Sandy and told her of his decision that she needed to be let go. The episode concluded with Sandy telling a stunned Camille that she was being terminated.

The former University of Mississippi student later agreed with the decision. “People will say I’m making excuses. Whatever, this is my experience. I’m not saying I shouldn’t have been let go. I think it was time to go … I was fed up anyway,” she wrote.

In Touch has reached out to Bravo, Camille and Captain Sandy Yawn for comment. 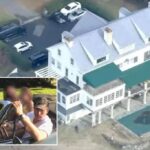 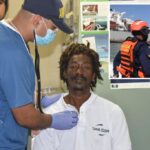 Man from Dominica survived at sea with ketchup, garlic powder