Former Rep. Devin Nunes (R-Calif.) warned Republicans on Friday that the special counsel appointed to investigate President Biden’s mishandling of classified material might not be impartial.

Nunes, the former chairman of the House Intelligence Committee, told Fox Business’ Maria Bartiromo on Friday that special counsel Robert Hur tried to block the release of a GOP memo in 2018 that alleged the FBI abused its authority to investigate former President Donald Trump’s 2016 campaign.

“This special counsel that was appointed to look at Joe Biden is somebody we’re very familiar with,” Nunes said.

“He is a Russia hoaxer himself. And I think the Republicans better check in. He has a lot of explaining to do because he was involved in the letter that was from the FBI to the public that said that we were going to endanger national security if we release that, release the memo at the time,” Nunes added.

In January of 2018, as Nunes was wrapping up his investigation of the FBI’s surveillance of the Trump campaign, Hur was a member of the Justice Department team that drafted a letter to Republicans on the House Intelligence Committee pressuring them not to release the so-called Nunes memo over concerns that it could harm national security.

The DOJ letter also dismissed allegations that Nunes’ team had discovered abuses of the Foreign Intelligence Surveillance Act, saying they were “unaware of any wrongdoing related to the FISA process.” The Justice Department would later admit that two of the four FISA warrants against former Trump campaign associate Carter Page were invalid and should not have been issued.

Emails show that Hur proposed edits and offered comments as the DOJ drafted its letter to Nunes and other lawmakers.

Nunes told the Washington Free Beacon on Friday that “Hur looks like a fixer for the Democrats and the Deep State” and that “Congress should use a subpoena to force him to explain his role in obstructing the House Intelligence Committee’s FISA abuse investigation.”

Hur was appointed by Attorney General Merrick Garland earlier this week after a second batch of classified documents from Biden’s days as vice president were discovered on his property in Wilmington, Delaware. The first set of 10 or so classified papers was found in November of last year at the Penn Biden Center think tank in Washington, DC, but the discovery was only made public this week.

Hur, 49, was nominated to be US attorney for Maryland in November 2017 by Trump. A former DOJ official who knows Hur described him to The Post as “an establishment Republican.”

“Although they say he’s a Republican, he should be questioned on his ties to the Russia hoax,” Nunes told Bartiromo on Fox Business. 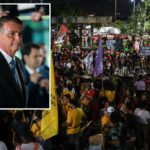 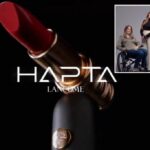