A report issued by the Florida Medical Examiner’s office this week presents a grim list of people killed by Hurricane Ian late last month — crushed by their own houses, drowned in the floodwaters, or died in their cars as the massive storm battered the sunshine state.

The list details 89 cases, a death toll that will almost certainly grow as coroners continue to process reports of storm deaths throughout the state.

The dead — who are not named in the report — were aged between 19 and 96 years old, and the tally included heartbreaking stories of people who found their partners drowned and others who were only found when their bodies washed up on the beach.

The majority of storm deaths were ruled drownings, particularly in Lee County, where officials have met criticism for only giving the order to evacuate one day before the hurricane hit, which the pushed back on saying they had opened adequate storm shelters.

Others were killed while trying to travel during the storm. A 29-year-old man who was last seen leaving his home on a motorcycle died of a fractured skull after hitting a downed tree in Hillsborough county.

In Sarasota County, a 62-year-old woman died in her car while trying to make it home from work. She was found, drowned, in her own back seat.

One Lee County man, aged 73, shot himself in the head after taking stock of the storm damage, according to the report.

The storm split married couples apart, killing husbands or wives in front of their spouses

In a heartbreaking incident, a 67-year-old man drowned in front of his wife after falling into the rising floodwater in his own house. Unable to get back up, he and his wife tried to keep his head above water, but were unsuccessful. His death was ruled a drowning.

The storm even killed those trying to flee. A 63-year-old woman slipped and fell as she and her husband rushed to their vehicle in an effort to evacuate. Less than an hour later, the husband noticed she was unresponsive and called an ambulance. She was later pronounced dead.

Elsewhere, in Collier County, a man found the body of his 73-year-old wife floating in the water.

Though the deaths in the report are not identified, local news has shed light on at least two of victims.

Nishelle Harris-Miles, 40, was on a trip with friends from Dayton, Ohio. Local reports say the hurricane made the roof to collapse at the beachfront hotel where she was staying at Ft. Myers Beach.Her death is listed on the report as an “apparent drowning.”

Bonnie Gauthier was sheltering with three of her friends when the storm surge split the Ft. Meyers Beach house in which they were sheltering in half.

Gauthier’s friend Lori Fisk-Bittners told local TV station ETSP: “The house went down and I got sucked under, and then I remember seeing [Bonnie’s] face.”

The friends drifted apart in the rushing water water, and became separated. Gauthier’s body was found the next day, clinging to a tree.

Seven Cuban migrants are also listed in the report, found washed up on a beach after their boat was caught in the storm.

The death toll is expected to rise as Floridians continue to sift to the rubble. 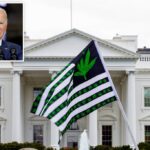 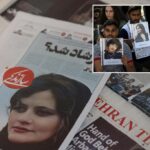