Florida Gov. Ron DeSantis and his team have ignored Donald Trump’s ongoing rhetorical offensive because they believe the former president is only damaging his own brand, an insider told The Post Friday.

“There is no upside to rolling around in the mud with Trump at this point,” the DeSantis source said. “Only downside.”

DeSantis’ famously pugnacious press team has been mute about Trump’s broadsides, and offered no comment on the escalating feud on Friday. The governor himself was spotted in Daytona Beach, surveying damage caused by Tropical Storm Nicole.

Fresh off pummeling Democratic challenger Charlie Crist at the polls this week, DeSantis has vaulted to new political heights and is now widely considered a front-runner for the 2024 Republican nomination.

“He’ll continue to govern effectively, build his war chest and elevate himself in the minds of Republican voters,” the source said. “If he’s seen getting things done while Trump wails in the background, that’s a win.”

While Trump has lost his cool over DeSantis over the past week, Mar-a-Lago’s most famous resident had already been flicking jabs at his ascendant rival in recent months.

“That’s not an accident,” the source said. “The distancing began a long time ago, not this week.”

DeSantis also wields a time advantage in not having to make a final call on a presidential run for some time. Grappling with Trump long before then, the source said, makes little sense.

“There will come a time when he’ll engage,” the insider said, asserting that DeSantis will parry inevitable questions about his White House plans — and the Trump factor — while stressing his gubernatorial focus on Florida. “We’re just not there yet.” 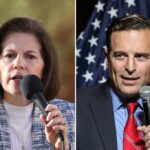 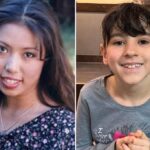