DeSantis was never seriously threatened by Crist, a former congressman and onetime Republican governor of the Sunshine State.

The 44-year-old DeSantis burnished his conservative credentials and catapulted himself into the national political spotlight by becoming a thorn in the side of the Biden administration with his opposition to COVID-19 lockdowns, as well as mask and vaccine mandates.

DeSantis also harnessed the ongoing culture wars as he elevated his national profile, signing what critics have called the “Don’t Say Gay” law in March of this year.

The measure forbids the discussion of gender identity and sexual orientation for kids in kindergarten through third grade. DeSantis said the law lets parents, rather than educators, decide when to talk to children about those issues.

“We will make sure that parents can send their kids to school to get an education, not an indoctrination,” he said at the time.

Backlash to the law came quickly from LGBTQ groups and from President Biden, who called it “hateful,” but DeSantis seemed to relish his role as an irritant to Democrats.

The governor also got into a very public spat with the Walt Disney Co. and signed a bill revoking its self-governing status when executives at the entertainment giant vowed to work to repeal the law.

And in September, DeSantis shipped two planeloads of migrants to Martha’s Vineyard, the well-heeled Democratic vacation spot off the Massachusetts coast, as “part of the state’s relocation program to transport illegal immigrants to sanctuary destinations.”

Despite his pugnacious political style, DeSantis put partisanship aside and met with Biden when the president traveled to Florida last month to survey the damage after Hurricane Ian slammed into the southwest part of the state.

But there have been lingering questions about DeSantis’ ambitions beyond the Florida governor’s mansion.

In an October debate with Crist, DeSantis dodged whether he would serve a full four-year term if elected.

“I know that Charlie is interested in talking about 2024 and Joe Biden, but I just want to make things very, very clear: The only worn-out old donkey I’m looking to put out to pasture is Charlie Crist,” DeSantis said.

In light of DeSantis’ increased notoriety, former president Donald Trump has recently gone on the offensive against the potential 2024 foe.​

At the end of October, the former president posted a clip of Megyn Kelly pooh-poohing DeSantis’ chances of beating Trump in 2024.

“I AGREE!,” Trump wrote emphatically on his Truth Social platform. 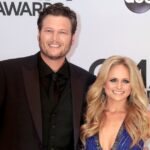 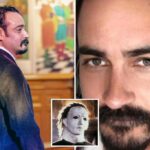