Florida Gov. Ron DeSantis blasted New York Democrats for “coddling” criminals at a campaign event for on Long Island Saturday – and blamed their leadership for sending residents packing for the Sunshine State.

DeSantis — believed to be a favorite to run on the Republican ticket in the 2024 presidential election — took the stage in front of thousands at Hauppauge in Suffolk County as Zeldin continues to close the gap against incumbent Democratic Gov. Kathy Hochul.

The Sunshine State’s leader bashed New York policies, including the controversial bail reform laws and said he couldn’t wait to see Manhattan District Attorney Alvin Bragg removed from office, which Zeldin has pledged to do if elected.

“The crime problem has been totally self-inflicted — you cut police budgets, you do things like eliminate cash bail and you have rogue prosecutors who won’t even enforce laws that they agree with — of course you’re going to have streets that are less safe,” DeSantis said. “Of course you are going to have people that aren’t able to do the basics without fearing for their safety.”

“Stop turning [criminals] loose on the street. They’ll commit a crime and they put them right back out,” he went on. “Stop releasing people early from prison. If you do the crime, you must do the time.”

“We need to focus more on supporting the rights of the victims of crime and not be so concerned with the rights of the criminal. Lee Zeldin will not coddle these people. He will hold them accountable and you will be safer as a result.”

DeSantis said people “are sick and tired of crime that you see, particularly in New York City.” He boasted that Florida was a law-and-order state and that New York would become one if Zeldin were to be elected.

A record-breaking number of New Yorkers have swapped their New York driver’s licenses for Florida licenses as droves have fled the Empire State for the Sunshine State, The Post reported last month.

He also went after Hochul’s comments in August, where she called called on New York Republicans to “Just jump on a bus and head down to Florida where you belong,” adding, “You are not New Yorkers.”

“You have  a situation here where not only is your state making terrible decisions in driving people away, you have a governor who is telling Republicans in New York to leave the state. How pathetic is that?” DeSantis said.

Zeldin, who spoke after DeSantis, said New Yorkers were leaving because the state has become too expensive, unsafe and restrictive.

With just 10 days to go until Election Day, Zeldin has surged within single digits of Hochul in polls over the last several weeks.

Both candidates have around $6 million left in their coffers for the final 10-day push to the finish line.

Those in attendance at Saturday night’s rally told The Post that the single biggest issue for them going into this election is crime.

“Crime is the number one problem,” said Forest Hills resident David Rem, a self-identified blue collar worker and father of a 17-year-old daughter.

“I worry that I’m not going to see her in the evening,” Rem told The Post. “She’s forced to take the train. I’m not a millionaire. I don’t have police protection and neither does she.”

“There’s been stabbings and shootings. Kathy Hochul said it’s just about guns. It’s not just about guns. People are getting hit in the head with hammers,” he said of the violence in New York.

Phil Eareckson, a 54-year-old Babylon resident and registered Republican, said he’s “looking for a change in New York. I want a change in crime and bail reform.”

Judy Tedesco, 55, of Yaphank, also said she wanted Republicans to seize control of the state to “stop crime,” calling Gov. Hochul “out of touch” on this issue.

“I think she’s out of touch with everybody. When she said I don’t know why crime is that big of a deal to you, obviously she’s not around the masses. She’s bewildered and doesn’t understand why crime is an issue.” 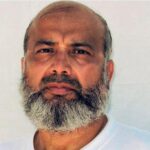 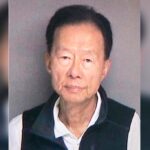