Democrats are in for a “rude awakening” ​in the midterm elections — because ​they are on the wrong side of the issues Americans are most concerned about, Sen. Rick Scott, the chair of the committee to elect Republicans to the Senate, predicted on Sunday.

“​I think the Democrats are going to get a rude awakening on Nov​. 8 that high inflation, high crime, open border is not what the American public wants​,” the Florida Republican told host Martha Raddatz on ABC News’ “This Week.”

Scott, the chair of the ​National Republican Senatorial Committee, was asked what would be on the table if the GOP regains control of Congress, and whether it would involve unraveling President Biden’s agenda and launching investigations into his administration.

“We can get some immigration reform done but you can’t do it without a secure border. You hope that we start supporting our law enforcement. I know Republicans do, I hope the Democrats start doing this,” Scott said, adding that he’s “hopeful” Republicans will pass “good legislation” that Biden will sign.

​Scott also predicted that Republicans will win 52 seats in the Senate, flipping the seat in Georgia held by Sen. Raphael Warnock and knocking off Sen. Catherine Cortez Masto in Nevada.

“​W​e have a lot in play. The Democrat agenda is very unpopular,” he said.

“The rallies, I’ve been traveling with Ronna McDaniel, the Chairman of the Republican National Committee for the last two weeks. Unbelievable support on the Republican side. Turnout looks better for the Republicans than Democrats,” Scott continued. “So I’m very optimistic that we’re going to win. We have great candidates.” 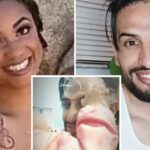 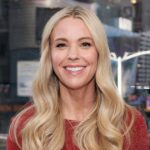 How Much Money the Reality Star Has