Democrats in the Missouri State House had a meltdown this week over an effort by Republicans to clarify the chamber’s dress code.

“All we’re trying to do today is to take the same rules that we have and make them more clear,” Rep. Brenda Shields (R) said.

“Debating the house rules on the floor today, and the first amendment offered by a Republican is about making stricter the rules of what women have to wear in here,” said Democratic state Rep. Pete Merideth in a tweet.

“Yep, the caucus that lost their minds over the suggestion that they should wear masks during a pandemic to respect the safety of others is now spending its time focusing on the fine details of what women have to wear (specifically how to cover their arms) to show respect here,” he went on.

The Merideth tweet was flagged by Twitter moderators for a clarification which noted “the rules changes by Missouri legislators Ann Kelley and Brenda Shields actually relaxed dress code requirements for women by allowing cardigans to be counted as blazers.”

Kelley said she would not back down.

“I have had lots of hateful calls, emails, and messages in regards to this amendment, which is funny because we already have a dress code all I was doing was fixing the errors and clarifying the rule,” she insisted in a Facebook post.

“How is encouraging professionalism wrong? If there is ever a time to honor traditions and be professional it is on the House Chamber Floor in the Missouri House of Representatives; I will not apologize for standing up for these things.” 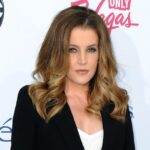 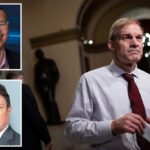 Jim Jordan probe to zero in on FBI communications with Twitter