Alexis Martinez Johnson, a Hispanic Republican running to represent New Mexico’s 3rd Congressional District in the House, is accusing her Democratic opponent of “whitewashing” her name in a recent campaign ad.

The ad from Democratic Rep. Teresa Leger Fernandez’s campaign fails to use Martinez Johnson’s full name and only refers to her as “Alexis Johnson” as it accuses the Republican of “lying about” Fernandez in one of the tightest House races this midterm cycle.

In a statement to Fox News Digital, Martinez Johnson said the “whitewashing” of her name in the ad is “offensive and disgusting” and pointed to it as being one of the reasons why the GOP “will win back the House this year.”

“When Hispanic women decide they are not willing to vote Democratic anymore, the radical left becomes unhinged,” Martinez Johnson said. “They call us breakfast tacos, ‘Miss Frijoles,’ and now they’ve stooped to whitewashing my proud Hispanic heritage out of desperation. It’s offensive and disgusting, and this is why Republicans will win back the House this year. The Hispanic community is sick and tired of being used and sold out year after year.”

Martinez Johnson also took aim at Fernandez and the Democratic Party in a tweet, calling out the “racist attack TV ad intentionally whitewashing” her name in the largely Hispanic district.

“On the ballot, my name reads Alexis Martinez Johnson,” the GOP candidate wrote in a separate tweet, adding that she is “proud of my name and of my heritage.”

“When a Hispanic woman doesn’t fit the Democrat’s narrative, they try and take Hispanic from me,” Martinez Johnson added.

Other Hispanic candidates in congressional races, including Texas GOP Rep. Mayra Flores, defended Martinez Johnson on social media after the Fernandez ad’s contents were made public.

“Dems doing same racist stuff against my friend,” Flores wrote in a tweet.

Flores’ defense of Martinez Johnson comes after Fox News reported this week that her Democratic opponent, Rep. Vicente Gonzalez, used a doctored photo of her for one of his own campaign ads.

“This is disgusting,” Ramirez wrote in a tweet, further claiming that Democrats are attempting to “disguise” Martinez Johnson’s heritage because “it doesn’t fit their narrative.”

“This is exactly why more & more Hispanics are leaving the Democratic Party,” Ramirez added.

Martinez Johnson and Fernandez will face off in less than four weeks when the state holds its midterm elections on Nov. 8.

Fox News Digital did not receive an immediate response from the Fernandez campaign when asked about the use of Martinez Johnson’s name in the ad. 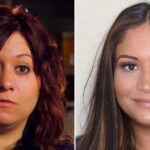 Return to Amish’s Sabrina Transformation: Before, After Recovery 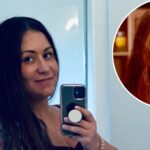