“They just said, ‘Name your price,’” Cuellar, 67, told reporters at the Capitol, according to The Hill.

The 10-term lawmaker added that his response to the overture was simply, “No, thank you.”

House Minority Leader Kevin McCarthy (R-Calif.) has sought to convert Cuellar, a conservative Democrat who has criticized the Biden administration over its border policies, into a Republican as he faces opposition inside the GOP to his bid to become the next speaker of the House, the Wall Street Journal reported this week.

The lawmaker added that McCarthy did not approach him directly.

Cuellar’s chief of staff declined to provide The Post with more information on those who made the approach, and reiterated that the congressman will not be switching parties.

“As a standard rule we do not discuss private conversations between members of Congress,” Jacob Hochberg told The Post. “However, Congressman Cuellar is a lifelong Democrat and will remain a Democrat. Period.”

The veteran politician also revealed that he’s been approached in the past about joining the GOP fold.

“I’ve been asked to do that since I was in the state legislature,” said Cuellar, who left the Texas House in 2001 and insisted that his response has always been: “No … I’m a Democrat.”

“The nerve of these individuals,” Jeffries, the chairman of the House Democratic Caucus, told The Hill. “And how desperate are they that they literally just spent millions of dollars mischaracterizing Henry Cuellar’s leadership and talked about the emergence of a red wave in the Rio Grande Valley.

“Then [they] get wiped out by Cuellar and Vicente Gonzalez and want to run to them saying, ‘We need your help because we’re struggling, because the American people rejected our extremism,’” he added.

McCarthy overcame GOP opposition on Tuesday to get the GOP nomination for House Speaker, defeating challenger Rep. Andy Biggs (R-Ariz.) by a 188-31 vote among the House Republican Conference.

The Californian will need 218 votes from the full House on Jan. 3 to be elected speaker. 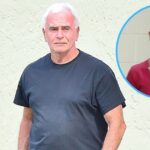 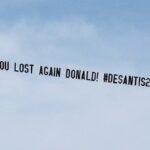