A Michigan GOP county chairwoman has accused a rowdy Democratic protester of chomping her on the arm at a rally for Republican gubernatorial candidate Tudor Dixon — the latest act of mayhem as the midterm elections approach.

“I’ve never been bit by an adult in my life, or anyone over 5,” Wayne County Republican Party chairwoman Cheryl Costantino told Detroit’s WXYZ News on Thursday, showing off bruising and teeth marks on her upper left arm.

“I couldn’t even raise my arm, like, it was even uncomfortable just to drive,” Costantino said.

The demonstrator, a special education teacher in Dearborn, Mich., is now under investigation by both Detroit police and the Dearborn Public School District.

The incident occurred Oct. 29 at a Detroit restaurant where Dixon was appearing with ex-Democrat Tulsi Gabbard, the former Hawaii congresswoman who has endorsed a string of Republicans this year.

The woman “was acting so chaotic that I was worried she would go after the speakers or something or hurt somebody,” Costantino said.

Fearing the demonstrator would rush the stage, Costantino tried to intercept her — and “she just bent over and bit me really hard,” the GOP official said.

Witness Linda Sawyer said the protester appeared to be “proud” of the assault.

“I was exiting and she was still by the door and I went to her and I said, ‘You bit Cheryl’ and she said, “Yeah, well,’” Sawyer told local reporters. “Like she was proud of it.”

On Wednesday, New Hampshire Republican Don Bolduc dodged a punch from a would-be attacker just before he took the stage to debate Sen. Maggie Hassan — the same night that President Biden decried political violence in a speech in which he cited the hammer attack against House Speaker Nancy Pelosi’s husband, Paul.

The latest poll in Michigan has Dixon closing to within 2 points of Democratic Gov. Gretchen Whitmer in an unexpectedly close race. 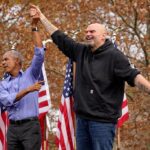 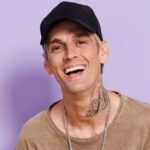 How Much Money the Singer Had