Democrats on the Los Angeles City Council were caught making racist remarks about a colleague’s black child on a leaked audio recording, according to a report on Sunday.

The recording — which was reported on by The Los Angeles Times and has not been reviewed by The Post — captured Council President Nury Martinez referring to her colleague Mike Bonin’s black son as “ese changito,” which means “that little monkey” in Spanish, the newspaper reported.

Martinez, who is Latina, also said Bonin, who is white, was raising his toddler “like a little white kid.”

“I was like, this kid needs a beatdown. Let me take him around the corner and then I’ll bring him back,” the city council president said. She also referred to the child as “su negrito,” a derogatory world for a black person in Spanish, according to the report.

At another point in the roughly hour-long conversation, she called Bonin, also a Democrat, “that little bitch,” the Times reported.

Kevin de León, a member of the city council who unsuccessfully ran for LA mayor and California senate, appeared to say in the recording that Bonin treated his child like an accessory.

Bonin handles his kid similar to “when Nury brings her little yard bag or the Louis Vuitton bag,” De León said, according to the report.

The comments came while the councilmembers were discussing redistricting during a meeting in October 2021 that also included another councilman, Gil Cedillo, and a top LA County labor official, the Times reported.

The audio was first posted on Reddit, by a now-suspended user, and it is not clear who recorded it.

“Wow, you know it happens, but when you actually hear it, it’s unbelievable,” the user said in text accompanying the audio, according to the Times. “The labor movement is in bed with City Hall.”

Bonin told the newspaper he was still “digesting” the remarks but that, “I’m disgusted and angry and heartsick.”

“It’s fair game to attack me but my son?” he said. “You have to be pretty petty and insecure and venomous to attack a child. He wasn’t even 3 years old. Other than that, I’m speechless.”

After the article exposing her comments was published, Martinez issued a half-hearted apology in a statement to the Times.

“In a moment of intense frustration and anger, I let the situation get the best of me. I hold myself accountable for these comments. For that I am sorry,” she said.

“The context of this conversation was concern over the redistricting process and concern about the potential negative impact it might have on communities of color,” she added. “My work speaks for itself. I’ve worked hard to lead this city through its most difficult time.”

De León did not return a request for comment from the Times or The Post. Cedillo told the Times: “I don’t have a recollection of this conversation.” 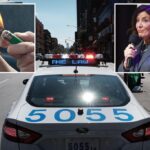 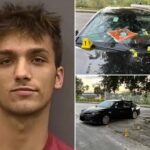