A Texas man has been found dead after he was last seen two weeks ago stumbling out of a bar after a night out with friends in Houston, authorities said.

Delano Burkes, 26, was confirmed as the identity of a body spotted floating in the Houston Ship Channel Friday by workers on a tugboat, KHOU11 reported.

Burkes had gone missing while barhopping with a group of friends in the Heights neighborhood on Nov. 13.

Surveillance video showed Burkes leaving McIntyre’s bar near West 19th Street — after reportedly being escorted out — and stumbling while crossing the street. His family said the man appeared to be in pain.

Additional footage captured Burkes wandering around the neighborhood after 1 a.m.

The man’s family speculated that Burkes looked like he had been drugged. Police said they had no evidence that the 26-year-old had been given an intoxicating substance without his knowledge, but they also were not ruling it out.

An autopsy will be performed on Burkes to determine his cause and manner of death.

Jeffrey said that after her son left the bar on his own, his friends got in his car and headed home without him.

Burkes’ family spent the next 13 days handing out fliers with his picture in the area where he was last seen.

Rep. Sheila Jackson Lee has been in close contact with the family and announced a $5,000 reward through Crime Stoppers for information that would lead to Burkes.

“There may be a lot of information that could help this family have closure, and comfort during this difficult time,” the Democrat said after Burkes’ death was confirmed, according to Fox 26 Houston. “We want to ask people to continue help us find out what happened to Delano Burkes.”

The case is being investigated by the Houston Police Department’s homicide unit, which is standard practice in cases involving a missing person’s death.

Burkes is survived by his wife, Autumn, who composed a heartbreaking tribute to her husband whom she’d known since age 13.

“There’s no words to express the devastating, deep pain that I feel at this moment,” the young widow wrote on her Instagram page. “There’s so much life that was meant to live and so much love meant to give. You were the most gentle soul filled with strength and joy. Your smile carried me through my darkest moments and your humor got me through some of my lowest points.” 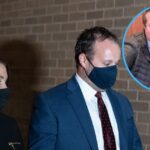 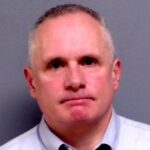