A 29-year-old Cuban pilot flew a Soviet-era biplane to freedom in Florida Friday — and promptly took a selfie when he landed.

The pilot had radioed that he was running low on fuel before landing on the strip near Tamiami Trail in the middle of the Florida Everglades, according to 7 News Miami.

His first act on American soil was to take a selfie with the plane in the background.

Family members identified the pilot as Ruben Martinez, according to NBC 6.

Friends told NBC 6 that he used the plane for work, mainly for crop dusting.

Martinez was taken in for questioning by Customs and Border Patrol officers.

Cubans have been leaving the island in droves in recent months, but most flee by boat. Many have been suffering as a result of food and medicine shortages and constant power outages, which persist following a serious blow from Hurricane Ian in late September.

Martinez’s mother told the station from Cuba that she didn’t know her son planned to leave the Communist-controlled island. Authorities came to her home when the news broke, but she wasn’t detained, she said.

“Those are decisions he made,” she said. “I do not agree with them. I am from this country, I am an old lady set in my ways, but the youth make their own decisions and follow their path.”

Since the beginning of October, the Border Patrol has taken almost 500 people from Cuba into custody, most of whom arrived in the Florida Keys, sailing on homemade, unseaworthy boats. The U.S. Coast Guard said it has intercepted 748 Cuban migrants along the Florida Straits, the Miami Herald reported. 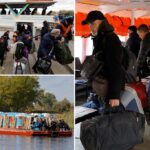 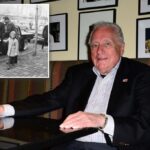