Former Vice President Mike Pence said he will make a decision in the new year about whether he will seek national office.

He was asked during an appearance on Fox News Monday morning whether he would be interested in running for the open seat in the US Senate from Indiana, where he was governor from 2013 to 2017.

“I think if we were ever to step forward to serve the American people that would be to take all the experience that we’ve had and run for national office,” Pence, 63, said in the interview on “America’s Newsroom.”

“But I’m always humbled to be asked, you know, somebody asked me the other day if I ever thought about running for president and I said, ‘No more no less than any other kid that grew up with a cornfield in his backyard,’” he added.

Pence, who served four years as vice president in the Trump White House, said he and his family will get together over the Christmas holidays for the first time in three years and discuss “where we might next step forward to serve our country.”

He said national service is a calling​ that he must reconcile with his Christian faith​.

Pence appears to have broken from the 76-year-old former president, who announced a week after the Nov. 8 midterm elections that he will launch another White House bid, and has said he thinks “we’ll have better choices in the future” than Trump.

In the interview on ABC News last month, Pence said he and his family will give his political future “prayerful consideration.”

Along with Trump, a number of Republicans are expected to seek the nomination, including Florida Gov. Ron DeSantis, former Secretary of State Mike Pompeo, one-time UN Ambassador Nikki Haley and Sens. Ted Cruz of Texas and Tim Scott of South Carolina.

The US Senate seat in Indiana became open in 2024 after Sen. Mike Braun, a Republican, announced that he would run for governor. 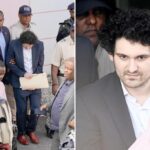 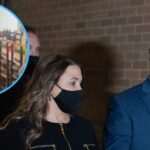