Funerals began Saturday for the victims of a coal mine explosion in northern Turkey as the country’s officials raised the death toll to 41 people.

Some of the miners’ relatives had waited all night outside the state-owned Turkish Hard Coal Enterprise’s (TTK) mine in the town of Amasra, for news.

“We saw a frightful scene, it cannot be described, it’s very sad,” said Celal Kara, a miner who rushed to the scene when he heard the news of Friday’s blast.

“They’re all my friends … they all had dreams,” said Kara, a 14-year mining veteran.

There were 110 miners working at the mine hundreds of feet below ground at the time of the explosion on Friday night.

Turkish resident Recep Tayyip Erdogan traveled to the region Saturday, confirming the latest death toll and announcing an investigation into the disaster.

Preliminary probes said that the cause of the accident was “firedamp” which refers to flammable gases inside the mine. Three prosecutors are currently examining the cause of the explosion, Turkish media reported,

“We don’t want to see deficiencies or unnecessary risks,” Erdogan said, adding that an investigation would reveal if anyone is responsible for the blast.

Erdogan then joined funeral prayers for one of the miners, Rahman Ozcelik, 22, was buried at a nearby village where Turkish media said three other miners were also being mourned.

Fifty-eight miners were able to get out of the mine on their own immediately following the blast, while 11 others were hospitalized, with five in serious condition. 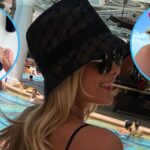 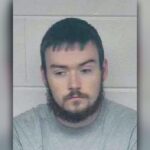 Kentucky man arrested after posting video of himself choking toddler