“We know our rights as parents, and we know that, right now, our rights are being infringed upon,” the mother said to the board.

She pushed back against a claim that the book should go back on the shelf in Dearborn schools, stating her refusal to return it and saying she would pay the library fine in consequence.

“You can reorder it or whatever you’re going to do,” she told board members.

“We’re each busting a load in this bottle. If you don’t c–, you have to drink it,” she read aloud.

Board members cut the mother’s reading short to call up the next speaker, but audience members applauded her for taking a stand against the material.

“Flamer” has created a stir in other communities across the U.S., including in Oklahoma, where State Superintendent of Public Instruction Joy Hofmeister called for the book to be banned from all public schools.

“This is inappropriate, sexually explicit material. It’s pornography that does not belong in any public school library,” Hofmeister said, according to KFOR News in Oklahoma City.

“We’ve reached out to Tulsa Public Schools and are calling for the books to be removed immediately,” she said.

Parental rights advocates have put Dearborn in the spotlight in recent weeks with allegations that other sexually explicit materials were found in area schools.

The district enacted a book policy in October allowing parents to opt their children out of certain books, but parents argued that finding which books are inappropriate should not be their responsibility.

“My biggest concern is why is the burden on the parent to find these books? What happens when the parents who don’t read or speak English, why is it on them to opt-out, they don’t know what is going on?” one speaker Jeff Saleff said at a recent board meeting.

“How did these books even end up in our library–I mean these books are really bad. When I am looking at it, I cringe. They don’t belong in the hands of 13, 14, 15-year-old kids.”

Despite outrage, others claim the books should remain, out of solidarity for the LGBTQ+community.

According to the press release, although “Flamer” was not a part of the list of challenged books, it will remain in libraries at the high school level.

The district also took action to remove some books considered to be “inappropriate” for students.

“We are pleased with the results of the book challenge as we want to ensure that our libraries have content that is appropriate for our students and that they do not provide material with gratuitous or unnecessarily graphic content,” Adam Martin, Dearborn Public Schools executive director of student achievement for the Fordson feeder track said in the release.

Two books removed from all district libraries were “Push” by Sapphire and “Red, White and Royal Blue” by Casey McQuiston.

“Eleanor and Park” by Rainbow Rowell and Curato’s “Flamer” were restricted to high school libraries.

“The Lovely Bones” by Alice Sebold, another book in question, was deemed appropriate for high school audiences and will remain on shelves.

“With roughly half a million books in our school libraries, we realize the likelihood that there could be a few books that were added over the years that parents and staff agree should not be there,” Superintendent Dr. Glenn Maleyko said, according to the release.

“However, we want to assure our parents that those books are few and far between and that, overall, our libraries provide a wide range of age-appropriate materials to encourage students to strengthen their academic skills and build a love of reading.” 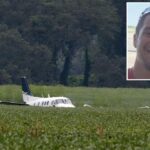 Cory Patterson, who threatened to crash plane into Walmart, dies in prison 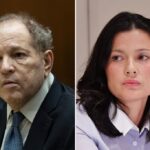