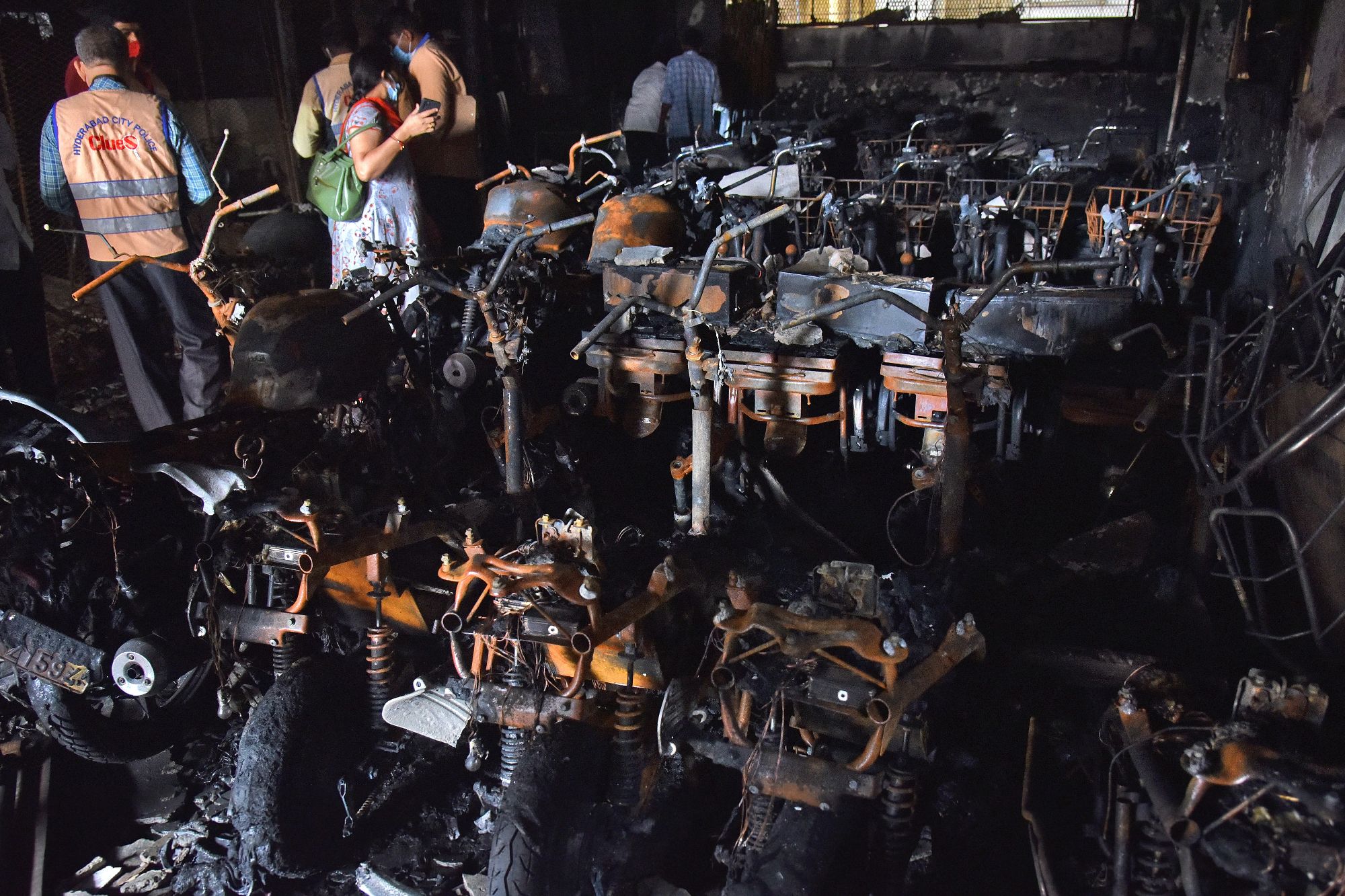 MUMBAI – A fire that started at an electric scooter showroom in India killed at least eight people and injured 11, police said on Tuesday, in what is the deadliest such incident involving electric vehicles in the country.

A spate of electric scooter fires this year has alarmed the government, which is keen to promote use of such two-wheelers in its fight against pollution. Early investigations have identified faulty battery cells and battery modules among the main causes.

The latest fire broke out late on Monday in a hotel basement housing the showroom with some two dozen electric scooters in the southern city of Secunderabad, police said. It had been brought under control and an investigation had been launched, they said.

Most of the dead were occupants of the hotel, which was engulfed by smoke.

“We don’t know if it started because of overcharging and then spread or whether it started elsewhere. That is still being established.”

The identity of the dealer and the make of scooters being sold was not immediately clear.

Police and firefighters used cranes and other equipment to pluck stranded hotel guests from upper floors of the four-storey building as smoke billowed out of its windows, media images showed.

“Those staying on the first and second floors were overpowered by smoke and the maximum casualties are from those floors,” C.V. Anand, the police chief of the neighbouring city of Hyderabad, told Reuters partner ANI.

Prime Minister Narendra Modi said he was saddened by the deaths and promised compensation for the casualties in the fire.

In March, India launched an investigation over safety concerns after a string of e-scooter fires, including one in which a man and his daughter died when their e-bike “went up in flames.”

Peloton, AllSaints among brands shutting down for late Queen’s funeral ‘out of respect’