A former DEA agent who played a major role in bringing notorious arms dealer Viktor Bout to justice more than a decade ago believes that Russia got the upper hand in the Brittney Griner prisoner swap — and that the US may end up paying a heavy price for it.

“I’m kind of in disbelief that someone with the potential to orchestrate arms deals that can kill Americans anywhere in the world would be traded for a prisoner,” Tom Pasquarello told Yahoo! Sports just hours after Bout was exchanged for Griner in Abu Dhabi.

Bout, 56, dubbed the “Merchant of Death,” had been serving a 25-year sentence in federal prison for selling tens of millions of dollars worth of weapons that were to be used to kill Americans when he was freed and put on a plane to Moscow.

In return, the Biden administration was able to secure the release of the 32-year-old WNBA star who had spent 10 months in a Russian prison for a drug conviction.

The high-profile swap has been slammed by Biden’s critics, arguing that the agreement was a major win for Russia, especially given that it failed to win freedom for ex-Marine Paul Whelan, who has been jailed since 2018.

“We couldn’t even get two people for the world’s most notorious weapons trafficker, for a man who has been responsible for more carnage and blood diamonds and insurrections and threats to democracy than anyone else in the world,” said Pasquarello, who now serves as business security director for General Electric. “How is that a negotiation? That’s like a free deal.”

In his capacity as regional director of the Drug Enforcement Administration in the mid-2000s, Pasquarello helmed the sting operation that netted Bout in Thailand in 2008.

The DEA had its agents pose as members of FARC, the Colombian narco-terror group, looking to buy missiles to shoot down US planes and guns to kill American soldiers.

The prospect of the lucrative arms deal drew the elusive Bout out of hiding and brought him to Bangkok, where he was cornered by Pasquarello, telling Bout: “The game’s over.”

The Russian government had been anxious to bring Bout home, reportedly because of his suspected ties to the country’s military intelligence — a claim he denies.

While it’s unclear at this time whether Bout would be able or inclined to resume his arms-trafficking business, Pasquarello warned that he should never be underestimated.

“I’ve heard that Viktor’s not a threat, that he can’t travel anymore, that he’s going to be isolated,” the veteran law enforcement official said. “He was like that for 10 years before we arrested him. He knew he couldn’t go anywhere and he still operated from his safe spots.”

Pasquarello, who retired from the DEA in 2011 after more than 28 years in the agency and who has spent the better part of the last decade in the private sector, said the prisoner exchange could have “huge repercussions” for the US.

“I think this sends a terrible message that the US will negotiate, that the US will make concessions and that, if an American is held overseas, there’s always the potential that the US will acquiesce to the demands of people like [Russian President Vladimir] Putin and bail them out,” he predicted.

The White House said Friday that the United States will work with Russia in an attempt to gain Whelan’s release.

The comment from John Kirby, spokesperson for the National Security Council, comes after Putin said that further prisoner exchanges with the US were possible. 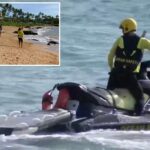 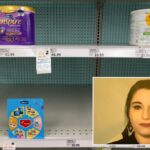