The crazed man who allegedly broke into Nancy Pelosi’s home and attacked her husband with a hammer planned to kneecap the speaker of the House and hold her hostage, according to a sworn affidavit.

David DePape, 42, was slapped with federal charges Monday for the Friday morning attack — in which he broke into the Pelosis’ San Francisco mansion and fractured Paul Pelosi’s skull with a hammer.

“DePape stated that he was going to hold Nancy hostage and talk to her. If Nancy were to tell Depape the ‘truth,’ he would let her go, and if she ‘lied,’ he was going to break her kneecaps,” the document outlines based on a police interview with the alleged attacker.

“DePape was certain that Nancy would not have told the ‘truth.’”

The Justice Department charged DePape with attempted kidnapping andassault with intent to retaliate against a federal official by threatening or injuring a family member – charges which could carry a maximum sentence of up to 50 years in jail.

“DePape was prepared to detain and injure Speaker Pelosi when he entered the Pelosi residence in the early morning of October 28, 2022.

“DePape had zip ties, tape, rope, and at least one hammer with him that morning,” the document said.

In a later interview, officers noted DePape viewed Nancy as the “leader of the pack” of lies told by the Democratic Party.

He also claimed that breaking Nancy’s kneecaps would require her to be wheeled into Congress, showing other Members there were consequences to actions.

The affidavit described how DePape had broken into the Pelosi residence through a glass door at the rear of the house using a hammer and then gone upstairs, where he encountered Paul, who had been asleep at the time.

According to the affidavit, DePape said he was looking for Nancy Pelosi — who was then in Washington D.C.

DePape had intended to tie up Paul with zip ties, but he was able to move into a bathroom and place a 911 call.

Realizing this, DePape took Paul downstairs and they answered the door to San Francisco Police Department officers, both men struggling with the hammer.

Shortly after, DePape pulled the hammer away and hit Paul in the head with it, before being restrained and arrested by officers.

The California politician’s husband, 82, was brought to the hospital following the attack, and is still recovering there from him injuries. He told officers he had never met DePape before and had no idea who he was.

Nancy flew into San Franciso over the weekend and spent hours by her husband’s bedside on Sunday. She was then pictured leaving her home where the attack had taken place on Monday, accompanied by a security detail.

While Nancy recieves around-the-clock security wherever she is, businessman Paul is not afforded any federal protection when they are apart.

Officials also confirmed conspiracy theorist DePape had been living in a friend’s garage in Richmond, Calif. for approximately two years. A series of blog posts and social media accounts which he used to discuss his fringe and often racist views were taken down over the weekend.

DePape is also expected to be hit with a slew of state charges sometime this week. 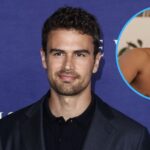 Who’s Been Nude On Screen?