You’ve likely heard of Machine Gun Kelly (real name: Colson Baker), whether it’s because of his popular songs, steamy romance with fiancée Megan Fox or friendship with Saturday Night Live star Pete Davidson. In addition to being a musical artist, he’s also a family man with a precious daughter named Casie, whom he couldn’t be prouder of. Learn more about the performer’s loved ones, below.

Who Are Machine Gun Kelly’s Parents?

Although the identities of MGK’s mom and dad are unknown, we do know they were both missionaries and traveled all around the world to spread their message. They lived in a dozen different places until they settled down in Denver.

While MGK doesn’t share much information about his family, he revealed his father died in an emotional tweet on July 5, 2020. “I had plans for the one-year anniversary of Hotel Diablo today. That album was everything I wanted to say, and I know it’s close to my fans … but my father took his last breath this morning, and I’ve never felt a pain this deep in my life,” he wrote before taking a social media break. “I’m setting my phone down. Love you.”

Although he’s mostly kept mum about his upbringing, the chart-topping artist’s formative years clearly helped shape the man he is today.

Who Is Machine Gun Kelly’s Daughter?

The “Bloody Valentine” lyricist welcomed his first child with Emma Cannon in July 2008, and the parents have since parted ways romantically. Even though he became a father at only 18 years old, MGK stepped up to the plate. The Project Power star makes Casie a big priority in his life, and they have an incredible bond to this day.

“Two connecting flights and still no sleep, but I’m [going to] make it to my daughter’s recital tonight believe that,” he tweeted in December 2019.

In January 2020, the star shared another sweet message about his baby girl. “My daughter wears my merch shirts to sleep every night and I f–kin melt,” the doting daddy gushed. It’s obvious she’s his No. 1 fan!

In July 2021, MGK celebrated Casie’s birthday and posted the sweetest photo ever. “The princess turned 11,” he gushed in the caption of their adorable father-daughter selfie on July 23. “Dassss my best friendddd.”

Who Does Machine Gun Kelly Share His Daughter With?

While some exes have a tumultuous dynamic post-split, that doesn’t appear to be the case with MGK and his former flame.

On Mother’s Day 2020, the songwriter shared a thoughtful message dedicated to Emma. “My daughter has an amazing mum,” he wrote via Twitter. “Big love to all the young mums out there killin it.”

Scroll below to see photos of MGK and his family. 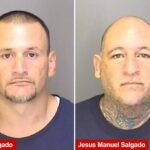 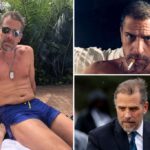