Dramatic dashcam footage captured the terrifying moment a violent tornado ripped through a New Orleans suburb, flipping a semi-truck over and tearing off the roof of a home.

The video shot Wednesday in Gretna, Louisiana begins with a large, white tractor-trailer parked across the street in a residential area as rain falls from an ominous sky.

Suddenly, the wind rapidly increases and a tornado appears to barrel right down the street, completely blinding the dash camera with dust and debris.

At one point, you can barely make out as the large truck topples over on its side.

Within a matter of seconds, the tornado is gone, littering debris in its wake as it moves on.

The home where the truck was parked in front of appears to have lost its roof in the whirlwind.

Another angle from the car’s camera shows objects being flung from the front porch of a home as it sustains some damages, but seemed to fare much better than the neighbor across the street.

Hundreds of structures and vehicles were reportedly damaged, but no injuries or deaths have been reported.

Another series of deadly tornadoes touched down in the south on Tuesday that left an 8-year-old boy and his mother dead after a tornado destroyed their home in Keithport, Louisiana — about 300 miles northwest of Gretna outside of Shreveport.

After an hours-long search, the boy was found dead in a wooded area near his home, while the boy’s mother was found dead one street over from the home, buried beneath debris. 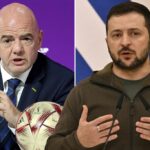 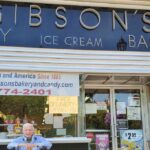