Darcey Silva is one of the most well-known reality stars today, thanks to her appearances on TLC shows like the 90 Day Fiancé franchise, Darcey & Stacey and more. However, there’s another show that Darcey and her twin sister, Stacey Silva, starred in that didn’t quite make it off the ground. Keep reading to find out details about Darcey’s first reality show, The Twin Life.

How Did Darcey Silva Get Famous?

Darcey skyrocketed to reality TV fame after appearing on the first and second seasons of 90 Day Fiancé: Before the 90 Days. Fans of the 90 Day Fiancé spinoff were first introduced to the fashionista in 2017 when she traveled to Amsterdam to meet her much younger boyfriend, Jesse Meester. Throughout both seasons of the show, viewers watched the couple experience the highest highs and lowest lows before eventually calling it quits in 2018.

When Did Darcey and Stacey Film ‘The Twin Life’?

What Was Darcey’s Show ‘The Twin Life’ About?

The Twin Life was a reality show that followed Darcey and Stacey as they navigated raising kids, working in the city and living their best lives as twins. In a 10-minute super-teaser trailer for the show, both Darcey and Stacey talked about their family life, how they met their now-ex-husbands, invited cameras to follow them to events and more.

The twins were even featured on a segment on Today with Kathie Lee Gifford and Hoda Kotb, in which they showed off their “Double Duty Fashion.”

While much of the trailer let fans see the fun and social side of the twins’ lives, Darcey showed her vulnerable side in a confessional while talking about their father.

“My relationship with my father is very important,” she tearfully said. “He’s just a very dedicated and hard-working person, so, Stacey and I just kind of want to emulate him and make him proud of what we do and where we go in life.”

“I’m proud of them as children, as a parent, and I’m here to help them as best I can,” their dad, Mike Silva, told the camera.

Darcey continued to show her emotional side while speaking about their late brother, Michael Silva, who died in 1998 from cancer.

Who Is Darcey’s Ex-Husband?

Darcey’s ex-husband is Frank Bollock, with whom she shares her two daughters, Aspen and Aniko. The pair were married for a little less than a decade before calling it quits, but maintain a good co-parenting and friendly relationship.

“I was married for eight years with my ex-husband,” Darcey said in a season 3 confessional of her hit TLC show, Darcey & Stacey. “We dated for two years prior. I got married in New York City. It was a beautiful wedding. It was like a fairytale. In the beginning of our relationship, we talked about our dreams, our goals, our aspirations and he did some, but lacked a lot of it when it really mattered, lacked the motivation at times financially, to get ahead.” 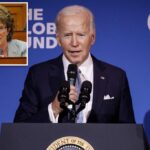 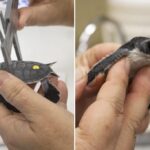