Fun fact! 90 Day Fiancé alum Darcey Silva revealed a little-known detail about her ethnic background in a scene that aired on a January 2022 episode of her and twin sister Stacey Silva‘s TLC spinoff, Darcey & Stacey, while introducing their cousin Shannon Allen to fans. Keep scrolling below to find out Darcey and Stacey’s nationality.

What Is Darcey and Stacey’s Nationality?

“Yeah, Stacey and I [and] Shannon are Cape Verdean. We’re from the Cape Verde Islands, off the coast of West Africa,” Darcey gushed in her confessional.

Where Do Darcey and Stacey’s Cape Verdean Background Come From?

Darcey and Stacey’s Cape Verdean roots are from their father Michael Silva‘s side. Michael’s sister is their cousin Shannon’s mother, which makes Shannon, Darcey and Stacey first cousins.

Who Is Darcey and Stacey’s Cousin Shannon?

The tidbit about their family and parents’ nationality came during a scene where Darcey and Stacey reunited with Shannon during a trip to Miami in July 2021. Shannon lives in Miami with her husband, former NBA star Ray Allen, and their five children.

“Shannon, she’s a true success. She started out as a singer, an actress and just started her fast food restaurant that’s all organic,” the former 90 Day Fiancé: Before the 90 Days star gushed about her cousin. “She and her husband, Ray, are moguls in their own right.”

Shannon also had nothing but sweet things to say about her close family member. “Growing up in Connecticut with Darcey and Stacey was all about family. It was really wonderful. The twins and I are just a month apart in age. We had our babies around the same time, we started our careers around the same time and we’re still super close,” Shannon told the cameras. “We don’t see each other all the time, but when we do, it’s like no time has passed.”

Shannon welcomed Darcey, her then-boyfriend Georgi Rusev, her daughters Aniko and Aspen Bollok, Stacey and Stacey’s husband, Florian Sukaj, into her beautiful home. The gracious hostess had platters of food waiting for her guests, and they caught up while eating in her immaculate kitchen. Shannon asked the twins about their trip to Turkey, where they underwent a total transformation via plastic surgery.

“We changed a little bit on the outside, but we felt like we had to go on this journey and not just, you know, for the surgeries, but inwardly to heal ourselves, to set us free from any past baggages and cut the cord on things that didn’t serve us anymore. And once we did that, I felt like, a really big release because we have a lot of big things to do, and we’re gonna get there, Shan,” Darcey said, getting emotional.

Darcey and Stacey Are Inspired By Their Cousin Shannon

Darcey explained why she teared up while chatting with her cousin, revealing in her confessional that she was inspired by Shannon’s life as a wealthy, successful businesswoman with a handsome husband and beautiful children. “That’s where I want to be,” she said. “We’re not there yet but I really have hope that we can make it happen.” 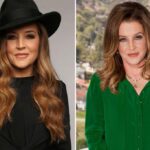 Listen to the harrowing 911 call made for Lisa Marie Presley 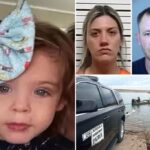