They’re back. 90 Day Fiancé siblings Darcey Silva and Stacey Silva are returning to TLC for season 4 of their spinoff reality series, Darcey & Stacey. Keep reading for everything we know about the upcoming season: cast, trailer, premiere date and more.

What Happened in the ‘Darcey & Stacey’ Season 4 Trailer?

Season 4 of the TLC series is shaping up to be the most dramatic season yet as the sisters start their new lives in Florida.

While Stacey and husband Florian Sukaj plan their extravagant wedding ceremony, the Albania native invites his best friend to visit in Miami. As it turns out, however, his bestie happened to be Darcey’s ex-fiancé, Georgi Rusev.

“In Miami, I no have nothing friends [sic],” Florian tells producers in a confessional. “Thank God, my best friend’s coming, Darcey’s ex, Georgi. She’s going to have a big motherf–king problem.”

Florian was clearly right about that, as Darcey is seen exploding on her ex during a night out before walking out of the lounge. The argument seemingly boiled over to the sisters’ relationship as the two were seen sitting down for coffee before Stacey stormed out.

“I want nothing to do with you,” Stacey said as she walked out of the coffee shop. “This is the worst fight Darcey and I have ever had and I’m not sure what it’s going to take to move past this.”

It appears the two have since reconciled as Darcey stood beside her sister as she and Florian tied the knot in a lavish Connecticut wedding ceremony in November 2022.

Besides the sibling squabble, fans will watch as Darcey returns to the dating scene after meeting with a matchmaker in Miami.

“I’m looking forward to meeting these amazing men,” she confessed to producers. “Different types, different ages. But at the same time, it’s a little scary because this is my heart I’m putting on the line. But I have to face my fears, get back on that horse and freaking ride it.”

Who Is in the Returning Cast of ‘Darcey & Stacey’ Season 4?

Besides the twins and their significant others, fans have been previously introduced to Darcey and Stacey’s parents, Mike and Nancy Silva, as well as Darcey’s daughters, Aniko and Aspen Bollok. While it’s unclear if their family members will make appearances in the upcoming season, there will certainly be no shortage of drama.

When Does ‘Darcey & Stacey’ Season 4 Premiere? 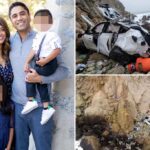 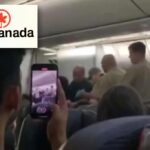