Opening statements in the Danny Masterson rape trial in Los Angeles are set to begin Tuesday morning and could last five weeks as Hollywood celebrities with Scientology ties such as Lisa Marie Presley could take the stand.

Masterson, a member of the Church of Scientology, is facing three charges of forcible rape involving three victims who claimed the “That’s ’70s Show” actor sexually assaulted them in different incidents between 2001 and 2003.

On Monday, defense attorney Philip Cohen asked potential jurors about the “elephant in the room— Scientology.”

“I only have one question for you as a group,” Cohen said. “Mr. Masterson is a Scientologist. The three women, alleged victims were Scientologists at the time of the incidents. Does Mr. Masterson’s former and current relationship, involvement and status as a Scientologist have any impact on how you view him with respect to the government’s burden of proving charges? This is something I really need to know.”

Judge Charlaine Olmedo told both sides she expects a jury to be seated by mid-morning Tuesday and opening statements will begin shortly thereafter. She told jurors the trial is expected to conclude on or before November 18.

According to the prosecution’s trial brief obtained by The Post, the alleged victims were provided alcoholic drinks during each encounter with Masterson and were in and out of consciousness while the actor allegedly raped them.

The women also alleged that when they reported Masterson to Scientology officials, they were dissuaded from going to police and instead were warned they would be labeled as a “suppressive person” in the Church, meaning they would be ex-communicated and no longer have contact with their family or friends who are members.

Masterson, 46, has denied all of the charges. He faces a prison sentence of 45 years to life if convicted of all charges.

Jane Doe 1 alleged Masterson forcibly raped her in April 2003, after she felt sick when she was in a hot tub with Masterson and Lisa Marie Presley’s then boyfriend, Luke Watson.

Jane Doe 1, only identified as “Jen B” said Masterson took her to a bathroom inside the home and started assaulting her. Presley is speculated to be the “Lisa” Jane Doe 1 referred to during her testimony at a May 2021 preliminary hearing.

“Subsequently, defendant pulled Jen B. out of the shower toward his bed and hoisted her onto his bed,” prosecutors wrote in a trial brief. “Jen B. passed out after being put onto the bed. When she regained consciousness, she was on her back with the defendant on top of her penetrating her vagina with his penis. Jen B. reached for the defendant’s hair to pull him off. She also grabbed a pillow that was behind her neck and pushed it towards the defendant’s face to push him off. Defendant pushed the pillow back onto Jen B’s face as he continued to penetrate her vagina.”

Judge Olmedo has said she would allow some testimony about the Church’s practices, for example if it played a role in delaying the alleged victims from going to the Los Angeles Police Department because they would be labeled a “suppressive person,” which one of the accusers has alleged.

Jane Doe 2, only identified as “N. Trout,” said she never reported the incident to the Church for fear of getting in trouble, according to prosecutors.

“They have policies and they open up a book and show you … if you have a legal situation with another member of the church, you may not handle it externally from the Church, and it’s very explicit,” Jane Doe 2 testified previously. “You will lose everything, your family, your friends that you’ve made, your good standing with the Church, your good standing with society … They put you on ‘Blast’ as being a suppressive person and you are officially what’s called ‘Declared.’”

Christina Bixler, who has publicly identified herself as one of his accusers and referred to as “Jane Doe 3,” testified during the preliminary hearing that Masterson allegedly raped her at least twice when she was dating and living with the actor in his Hollywood Hills home.

During one incident in December 2001, Bixler said she and Masterson had gone to dinner and she had one or two glasses of wine. Her next recollection was waking up naked the next morning, her entire body aching and her anus bleeding.

“I asked him, ‘What happened last night?’ I said I didn’t have any memory,” Bixler testified. “I said, ‘I don’t know what’s wrong but my bottom is injured.’

“(Defendant) laughed at me and said he had sex with me there. And I asked him if I was unconscious and he said, ‘Yes.’ And I said, ‘The whole time?’ And he said, ‘Yes..’”

Bixler and other victims filed a separate civil suit in August 2019 against Masterson, the Church and other high-ranking Scientologists, including Church leader David Miscavige.

Masterson and Church leaders tried to keep the civil suit out of court, arguing the plaintiffs must go through the Church’s arbitration process first, which would be in front of a panel of Scientology members.

A California appeals court, however, disagreed and allowed the civil suit to move forward.

Bixler, her husband Cedrick Bixler-Zavala, Marie Bobette Riales and two other anonymous victims claimed they were “systematically stalked” after they reported to police that the “That ’70s Show” actor had raped the women.

Scientology leaders also filed the case with the US Supreme Court to block the civil suit from moving forward but SCOTUS declined earlier this month to add the case to their docket. 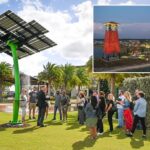 Solar-powered town in Florida kept lights on during Hurricane Ian 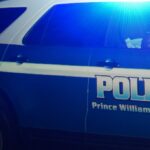