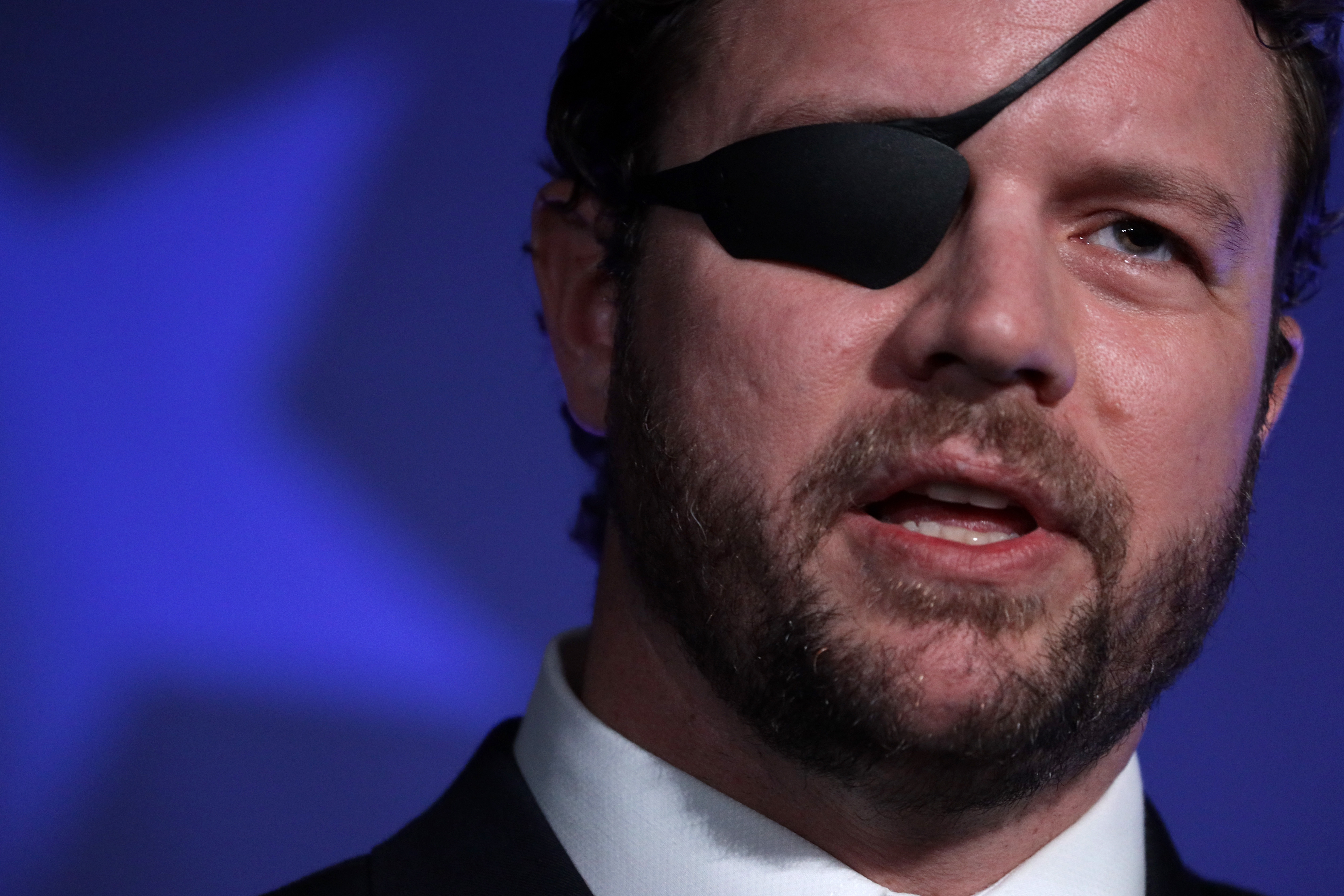 Rep. Dan Crenshaw and his staff were accosted and forcefully challenged by far-right provocateurs including members of the Proud Boys at the Republican Party of Texas Convention Saturday.

The Texas Republican was berated as “Eyepatch McCain” and “a globalist RINO [Republican in name only]” by conspiracy theorist podcast host Alex Stein, who jostled with members of Crenshaw’s entourage at a Houston convention center, footage posted by Stein and others showed.

As other people followed the group and shouted things like “You sold us out” and “You’re a traitor,” Stein was involved in a skirmish with Crenshaw’s team. A man in a tan suit was pushed against a wall during the incident and stumbled backwards.

“You’re giving Ukraine all this money, and red flag laws too, Dan?,” a Twitter user named Alex Rosen asked the 38-year-old congressman as he was ushered through a lobby by a uniformed officer while walking with several other people, footage showed.

As the confrontation continued, the content creator called Crenshaw a “fraud” and a “World Economic Forum sell-out.”

“Klaus Schwab is literally your daddy,” the heckler said, referencing the executive chairman of the World Economic Forum.

“Sir take it easy,” a man in a “Sargent at Arms” t-shirt said, after another man in a suit moved to to impede Rosen’s progress. “You have a right to voice your opinion but not to beat people.”

“Beat people? I didn’t push nobody! That was the other tall guy named Alex,” he retorted.

“Dan Crenshaw is a traitor! He needs to be hung for treason!” a man in a red Donald Trump hat exclaimed towards the end of the 2 minute and 15 second clip. That person is a member of the extremist hate group the Proud Boys, witnesses told Mediaite.

“They got physical with multiple people, including hitting them with cameras,” a witness at the scene told the outlet. “His campaign manager was assaulted by being pushed aggressively into a pillar.”

Stein and others were escorted out of the building and “some arrests” were made, a witness reportedly said.

The comedian and activist denied responsibility for the physical confrontation in a tweet.

“I just want to make it clear that no one was assaulted today other than myself by Dan Crenshaw’s private police force,” he wrote.

“The videos clearly prove this fact and more video will be posted in order to exonerate myself and uncover the lies of the legacy media running cover for Dan.”

Crenshaw, a former Navy Seal, lost his eye while deployed in Afghanistan. The “Eyepatch McCain” insult was coined by Fox News host Tucker Carlson, who equated Crenshaw’s support of sending military aid to Ukraine as it fights off Russian invaders to the hawkish policies of the late Republican Sen. John McCain.

Stein included a clip of Carlson using the barb at the end of his Twitter video of the incident.