Buffalo Bills safety Damar Hamlin collapsed on the field during the first quarter against the Cincinnati Bengals on Monday, January 2, and he is currently in critical condition. Keep reading for updates about the athlete’s condition.

What Is Damar Hamlin’s Injury Update?

The NFL star, 24, suffered from cardiac arrest after a tackle on the field, a tweet from the Bills’ official Twitter page wrote around 1 a.m. on Tuesday, January 3.

“His heartbeat was restored on the field and he was transferred to the UC Medical Center for further testing and treatment,” the message continued. “He is currently sedated and listed in critical condition.”

What Happened to Damar Hamlin?

Hamlin collapsed and fell on his back while on the field less than six minutes into the first quarter of the game. The scary moment happened shortly after he got up from an open field tackle on Bengals wide receiver Tee Higgins.

Bills team trainers were treating Hamlin within 10 seconds. An ambulance arrived on the field in under five minutes and the athlete received CPR, according to ESPN’s broadcast. Hamlin is now being treated at the University of Cincinnati Medical Center.

After the incident, the game was officially postponed. A new date has not been chosen for the rescheduled game, but the NFL said details on next steps would be announced at a more “appropriate time.”

Did Damar Hamlin Have a Heart Attack?

Suffering from cardiac arrest — defined by the abrupt loss of heart function, breathing and consciousness — is not the same thing as a heart attack.

Sudden cardiac arrest can lead to death if not treated immediately through CPR or using a defibrillator.

Who Is Damar Hamlin?

Hamlin joined the Bills in 2021 as a sixth-round draft pick from the University of Pittsburgh. He’s played every game this season.

In addition to football, Hamlin is the founder and CEO of clothing line Chasing M’s, and he’s known for his philanthropy work. On Christmas Day, he hosted his third annual toy drive through his Chasing M’s Foundation.

“As I embark on my journey to the NFL, I will never forget where I come from and I am committed to using my platform to positively impact the community that raised me,” Hamlin previously said about his charity. “I created The Chasing M’s Foundation as a vehicle that will allow me to deliver that impact.”

Within hours of his injury, fans rallied to donate more than $3 million to the athlete’s charity. 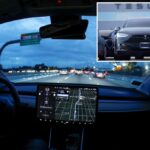 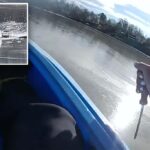