They can’t spot her!

A clouded leopard named Nova escaped from its enclosure at The Dallas Zoo and was on the prowl Friday — prompting the animal park to close as police rushed to find her, officials said Friday.

“Given the nature of these animals, we believe the animal is still on grounds and hiding,” the zoo said in a tweet Friday morning. “Our focus right now is on locating the animal.”

Zoo officials declared a “code blue” to signal a “non-dangerous animal” had broken free from its habitat after a staffer discovered the fearless feline missing early Friday.

As the wild chase unfolded, officers were “onsite assisting with the search efforts,” according to the zoo, which offered no other immediate information but said it would continue to post updates.

Clouded leopards, which are native to Southeast Asia, can grow up to 50 pounds and 4-feet long with sharp, dexterous paws for gripping branches, according to the National Zoo’s website.

They can be aggressive with each other but are generally social in captivity and have rarely, if ever, harmed humans in that setting.

It’s not the first time the Dallas Zoo had to scramble to catch a tenant that escaped from an enclosure, according to The Dallas Morning News.

A charging gorilla was killed by cops in 2004 after it escaped from the zoo and injured three people, including a toddler, who was bitten on his head and chest and thrown against a wall. 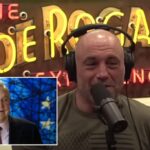 ‘he’s an evil person in a Batman movie’ 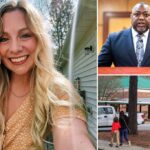