The heartbroken father of a flight attendant who was killed in the Yeti Airlines crash in Nepal along with at least 69 others has revealed that he urged her not to work that fateful day — but she ignored his pleas to take off and join the family to celebrate a holiday.

Oshin Ale Magar, 24, was one of four crew members who perished when the plane slammed into a gorge on approach to land at the newly opened Pokhara International Airport in the foothills of the Himalayas.

Her father Mohan Ale Magar, a retired Indian army officer, tearfully recalled telling his daughter early that morning “not to go to work” on the day of the Maghe Sankranti festival, which he said was a “special” occasion, India Today reported.

But Oshin, who studied in India, left home Sunday with a promise that she would join her family after work to celebrate the festival, which marks the end of the winter solstice, according to the outlet.

The young flight attendant, who got married two years ago, had worked with Yeti for two years and was living in the Nepalese capital of Kathmandu.

She also was an avid TikToker and recently posted a short selfie clip in which she is seen smiling in the cabin in her yellow and green uniform.

Social media users shared the TikTok video in the wake of her death, with one person writing, “Live life to the fullest as long as you are alive because death is unexpected!”

Meanwhile, two additional passengers have been identified from the flight.

Ruan Calum Crighton, a British citizen, was a former ballet dancer who trained at London’s Central School of Ballet before an 11-year career with the Slovakian National Ballet and the Finnish National Ballet, the Guardian reported.

Also presumed to have perished was Myron Love, of Sydney, Australia, a passionate cyclist and surfer who also worked as a teacher, the Guardian said.

“It is with extreme sadness to say we have lost one of the best humans I have ever known,” a Sydney artist who was friends with Love, posted on social media.

“Myron was one of the loves of my life. A truly kind, fun, energetic man. We will forever love you my man.”

On Tuesday, Nepalese authorities began returning bodies to the families and said they were sending the aircraft’s data recorder to France for analysis.

The twin-engine ATR 72-500’s manufacturer is headquartered in Toulouse. The French air accident investigations agency confirmed it is taking part in the probe.

Searchers located the cockpit voice recorder and flight data recorder on Monday, and searched through the wreckage scattered down the 984-foot-deep gorge in search of bodies. 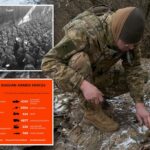 Ukraine claims Russia lost more troops than US did in WWI 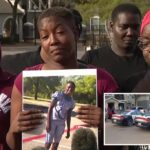 Dallas girl, 14, is charged with murder in fatal shooting of 11-year-old boy