A 5-week-old puppy was snatched during a violent and heartless home invasion in Washington D.C., cops said.

Three armed puppy snatchers busted down the front door of a home in Southwest D.C. around 7 p.m. on Thursday night, according to the Metropolitan Police Department.

Once inside, the men pulled out a gun and struck the dog owner in the head.

“Pack your sh–t up,” one of the suspects told the man, WUSA reported.

“You know what time it is,” another said.

The thieves took 5-week old Deemo, described as a brown American bulldog with gray eczema patches on his body.

The thieves also stole thousands of dollars worth of property, including two iPhones, two Playstations, a pair of Cartier glasses, diamond earrings and a gold ring.

They additionally made off with thousands of dollars worth of high-end hats, jackets, coats and pants as well as two dozen pairs of shoes.

The man suffered only minor injuries and did not go to the hospital, cops said.

Metropolitan police provided a photo of a puppy that looks like Deemo.

One of the suspects was caught on a nearby surveillance camera and can be seen wearing a black winter mask and a black hoodie with a white Nike swoosh on the front. 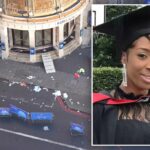 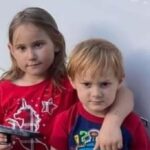