WASHINGTON — “Girls Just Want to Have Fun” singer Cyndi Lauper spoke at the White House press briefing Tuesday before performing at President Biden’s afternoon event, where he will sign legislation confirming the legality of same-sex and interracial marriage across the US.

Lauper, 69, walked into the regular briefing without advance notice and said she was glad that gay and lesbian couples will remain eligible for marriage rights.

“I just want to tell you I came here because I wanted to say thank you to President Biden, Speaker [Nancy] Pelosi, Vice President [Kamala] Harris, and all of the advocates in his team,” Lauper said from the briefing room podium.

Lauper added: “And bless Joe Biden and all the people that worked on this for allowing people not to worry and their children not to worry about their future. Thank you and thank you for being supportive. And hey, I will sing out to you. Thank you very much.”

Lauper will perform before up to 3,000 guests on the White House South Lawn as Biden signs the legislation.

Same-sex and interracial marriage were legalized nationwide by the Supreme Court — in 2015 and 1967, respectively — and the bill was drafted due to concern that the court could reverse itself after it ended federal abortion rights in June. 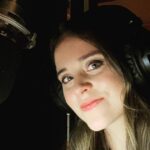 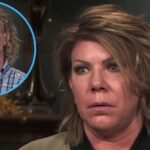