Cuban officials are blaming the US for exploding flight from the Caribbean island, saying it “encourages” its citizens to journey across then “allows” them to stay on its territory.

The statement came after five desperate defectors — including a 5-year-old girl — died when their vessel crashed into a Cuban coast guard boat Saturday.

Cuban state media said the dead included three women and a young girl, while more than a dozen others were rescued.

The migrant craft, bound for American shores, flipped after a collision with a Cuban vessel that was attempting to intercept it.

“A new event with a fatal outcome occurs as a consequence of the hostile and cruel policy of the United States government against Cuba, which tolerates and encourages illegal departures from Cuba by allowing irregular migrants to remain in its territory,” the Cuban Ministry of the Interior said in a statement.

Customs and Border Patrol [CBP] recently released figures showing a record 224,600 people from Cuba presented themselves to its agents in fiscal year 2022 — up from 39,300 attempts to gain entry to the US in 2021.

With the Caribbean island’s economy cratering, a soaring number of Cubans are attempting to reach Florida by making a treacherous 90-mile marine trek.

Sources critical of Cuba’s regime characterized the boating incident as a “killing” rather than an accident, while asserting the government’s repressive policies and mismanagement are what is really driving people away from the country.

Migrants are flooding to the US from what the CBP calls “three failing communist regimes,” in Venezuela, Cuba and Nicaragua.

Since the US has poor diplomatic relationships with those countries, it cannot repatriate migrants to them, instead allowing to stay in the US while they pursue their asylum immigration cases — which can take decades.

Cuba is currently experiencing a huge economic crisis after the US tightened sanctions on the country and it was hit particularly hard by the COVID-19 pandemic.

US officials sent condolences to the families of the deceased in the Cuban boat incident.

“As we expand safe and legal pathways for migration, we warn against attempting dangerous and sometimes fatal irregular migration,” wrote the US Embassy in Havana in a tweet. 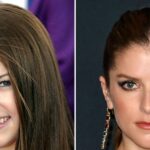 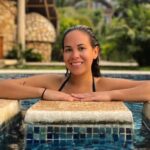 Liz Woods Job, How She Makes a Living