A visit from three Wiccan witches at a Pittsburgh-area Catholic high school caused furor when they doled out crystals for students to take home — prompting an apology from the school, who urged parents to cleanse their homes with prayer.

The career and college counselor who invited witches Tamra, Tabitha, and Kari Latshaw to North Catholic High School to speak about their experiences as women business owners was canned this month over the sorcery scandal.

The witches, who own the Sewickley shop Elemental Magick, spoke during the unnamed educator’s marketing class before holiday break, KDKA reported.

Michelle Peduto, a secretary at the Diocese of Pittsburgh, told KDKA that the Elemental Magick witches’ presentation got “off the rails” when the presenters gave the students crystals.

Peduto said the gifts, which were similar the objects sold at Elemental Magick, troubled the students because “we know our faith is in Jesus Christ and not in objects necessarily.”

“Rosary beads? Yes, but crystals no,” she clarified.

Peduto claimed the students reported the incident to administrators, prompting an internal investigation. The school subsequently sent an apology email to parents, advising them to throw out the crystals and cleanse their homes by reciting the prayer to Saint Michael the Archangel.

Wicca is a modern pagan religion that draws on elements of nature and hermetic practices. According to history.com, the term “wicca” was derived in the 1950s by author Gerald Gardner, who said the word stemmed from the Scots-English for “wise people.”

Speaking to The Post on Friday, the Latshaws said the presentations focused on business topics like branding, and not their spiritual practices.

“This had nothing to do with our religion, this was about women in business!” said Tamra, who is a former sorority sister of the fired counselor.

Tabitha also challenged the Peduto’s claim that the students were uncomfortable with the crystals.

“The students were invited to take [a crystal as an icebreaker]…and everyone came up,” she explained, noting the students were also eager to learn about the objects’ healing properties after the lectures.

“Probably some parents complained,” she said of the ensuing controversy, which the trio only became aware of when a reporter contacted them earlier this week.

“Would they have taken this stance against any other religion?” she lamented.

The subsequent media coverage of the scandal, they said, has also generally only reflected the school’s narrow outlook.

“[A reporter] asked us if we were ‘devil worshippers,’” Tamra remembered ruefully.

“A nun came in [to the store] and apologized, said she was embarrassed for her religion,” Kari said.

When asked what they would like others to know about Wicca, Tabitha said the witches were “healers.”

“We do no harm,” she insisted.

When reached by phone, North Catholic High School and Michelle Peduto did not immediately respond to The Post’s request for a comment. 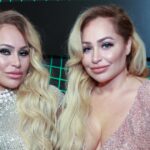 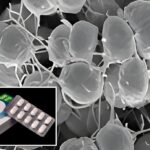 Drug-resistant strain of gonorrhea found in US