The city Department of Education has yanked a special-ed teacher from a Manhattan school after parents and students learned he had a history of inappropriate texting, flirting with teens, and posting a near-naked selfie — under a different name.

The DOE ousted Mitey on Monday after The Post published a front-page story on the subterfuge.

“As of today, Oct. 31, Mr. Torres is no longer on the PPAS staff, and he will not return to PPAS, nor to any DOE school,” Principal Kevin Ryan said in a note to families, citing “a sizable amount of concern” about the teacher.

The news brought relief to parents.

“I feel more comfortable now that my daughter is in a school without that potential problem,” a dad said.

The DOE sent Mitey to PPAS last April when Ryan said he needed a special-ed teacher. He later told parents the DOE had deceived him, and that his hands were tied.

“I don’t think anything would have gotten done if it wasn’t for the press. We had to reach out to The New York Post,” the dad said.

Mitey, whose father is a DOE teacher and mother a Health Department employee, previously worked at the Lower Manhattan Arts Academy. He was the subject of five probes for alleged misconduct in 2020 and 2021, according to the Special Commissioner of Investigation for city schools.

The SCI, which referred two cases to the DOE, released no findings. The DOE did not answer any questions about Mitey — including whether it will seek to terminate him or keep him on the city payroll.

A LOMA staffer said Mitey should have been removed after students first confided their discomfort with the teacher. Students spoke to investigators, showing Mitey’s text messages and the bathroom selfie in which a towel barely covered his groin.

“After kids came forward with that photo he’d sent through Snapchat, I was shocked that he was ever let back into the classroom, let alone given a glowing recommendation and a new position,” the staffer said. “The DOE needs to do better.” 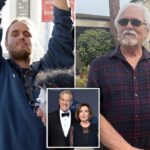 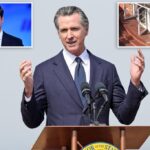