The OnlyFans model charged with fatally stabbing her boyfriend during a fight in April pleaded with authorities to help her, according to newly released bodycam footage of an incident two days before the killing.

Courtney Clenney, 26, was hit with a second-degree murder charge in the death of Christian Obumseli after the couple got into a volatile fight on April 3. Clenney’s legal team has argued the social media influencer who has 2 million Instagram followers and had a once thriving OnlyFans business only killed her beau in self-defense.

Clenney can be heard saying on footage recorded by a City of Miami police officer and obtained by WSVN, “[He was], you know, stalking me.

“I want a restraining order against Christian Obumseli.”

The footage also captured a security guard in the apartment complex she lived in, telling cops that Obumseli, 27, launched at Clenney in the lobby of the high-rise building.

“We get down here to the lobby area, and her boyfriend comes charging towards her,” the guard said on the footage.

One of Clenney’s attorneys, Frank Prieto told WSVN the footage indicates that Obumseli was the abuser and Clenney was a victim in the relationship.

Clenney was arrested while she was in rehab in Hawaii four months after the bloody incident took place inside the couple’s luxury home.

The boyfriend and girlfriend fought frequently, sometimes so loud that building managers were conspiring to evict them.

Clenney’s other attorney Sabrina Puglisi also told WSVN she had photos to prove her client was injured when asked if she was physically abused before the stabbing.

He previously said Clenney was forced to stab him after she grabbed her by the throat.

The pair were dating for less than two years and were estranged at the time of the killing, Prieto said over the summer after Clenney was arrested.

In a press conference in August, prosecutors alleged she had a history of domestic violence against her boyfriend including one incident where video captures her attacking him in an elevator in their building in the ritzy Edgewater neighborhood.

When she called 911 to report the stabbing, Obumseli “can be heard in the background repeatedly saying he is dying and cannot feel his arm,” an arrest warrant said.

“The defendant is also heard saying, ‘I’m so sorry baby,’” the warrant said, according to a previous Miami Herald.

“The amount of blood throughout the condominium at different levels, including two large pools, evidences the victim was bleeding for an extended period before police arrived,” the warrant also said. 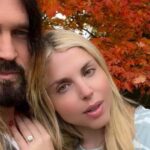 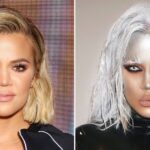