The Florida Onlyfans star charged with the April murder of her boyfriend pelted him with racial slurs during a screaming match, according to secret cellphone recordings the victim made prior to his death.

Courtney Clenney, who boasts 2 million Instagram followers, can be heard calling Obumseli the n-word while barking out commands to fetch and charge her phone, according to the Miami Herald.

Clenney, 26, is currently facing second-degree murder charges after plunging a knife into Obumseli’s chest during a fight at their Miami apartment.

Her attorneys have argued that she acted in self-defense and have portrayed her as the victim of Obumseli’s own rages.

But the recordings could come back to haunt the Onlyfans star when her case comes to trial.

In one clip, Clenney can be heard raging at Obumseli, 27, for failing to notify her that he had greeted a mutual female acquaintance of theirs during a bike ride.

“You talked to her without telling me!” Clenney can be heard wailing as she screams at Obumseli to find her phone.

“Shut up and let me slap you, dumb a–!” Clenney tells the cryptocurrency trader as he repeatedly apologizes.

In a pleading voice, he begs her to calm down.

“You’re going to get this mad at me when I’m apologizing to you?” he tells her.

Clenney tells him to “get off of me” at another point in the clip, and uses the racial slur, according to the report.

The model’s attorney, Frank Prieto, did not immediately comment on the explosive recordings.

In attempting to bolster his version of their toxic relationship, Prieto previously highlighted police bodycam footage of Clenney asking officers for a restraining order against Obumseli just days before their fatal clash.

“[He was], you know, stalking me,“ Clenney says. “I want a restraining order against Christian Obumseli.”

That footage also shows a building security guard telling the cops that he saw Obumseli rush towards Clenney during a fight.

“We get down here to the lobby area, and her boyfriend comes charging towards her,” the guard said on the footage.

Clenney’s attorney, Frank Prieto, said the clip pointed to Obumseli as the aggressor in their relationship.

But in charging Clenney with murder, Miami prosecutors have argued that evidence gathered in the case thus far contradict her self-defense claims. 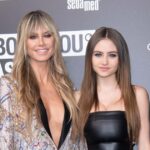 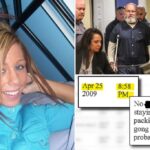