A three-judge panel on the Atlanta-based 11th Circuit Court of Appeals unanimously rejected Graham’s motion to block a subpoena compelling his testimony in the probe pending an appeal.

“Senator Graham has failed to demonstrate that he is likely to succeed on the merits of his appeal,” the court wrote in its Thursday ruling.

Fulton County prosecutors are seeking Graham’s testimony related to phone calls he had with Georgia Secretary of State Brad Raffensperger in the weeks after Trump’s 2020 defeat in the state.

Graham (R-SC) had argued that the subpoena violated the Speech or Debate clause of the Constitution, which shields congressional lawmakers from legal risk related to comments made during legislative business.

The senator contended that the calls with Raffensperger were part of a “legislative fact-finding” mission.

“Graham has failed to demonstrate that this approach will violate his rights under the Speech and Debate Clause,” the court said Thursday.

“As the court determined, there is significant dispute about whether his phone calls with Georgia election officials were legislative investigations at all,” the ruling continues.

Graham could still ask the Supreme Court to quash the subpoena.

The senator’s office did not immediately respond to a request for comment. 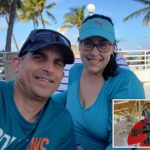 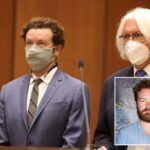